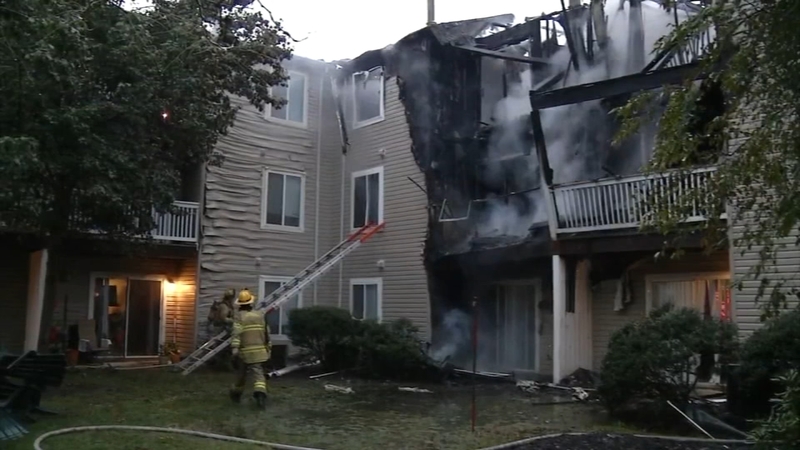 According to court documents, Iocco started the fire on the patio of one of the apartments knowing people were inside. Witnesses said they saw flames coming from a trash can on the patio before it spread to the rest of the building.

"It's sad. I'm not sure why someone would even think about doing that," said Mike Koeppel. "It's kind of crazy actually."

Iocco was taken into custody without incident and arraigned Sunday.

The fire was reported shortly after 6 a.m. at the Fox Run Apartment Complex on the 2900 block of Squirrel Drive, near Route 40 and Wrangle Hill Road.
Crews arrived on scene to find flames engulfing the three-story occupied dwelling.

Investigators said the fire damaged 24 apartment units, 12 of which will not be able to be reoccupied.

The management of the complex is working on relocating the displaced residents.

The Red Cross is assisting with recovery efforts.

A preliminary hearing for Iocco is tentatively scheduled for October 8.