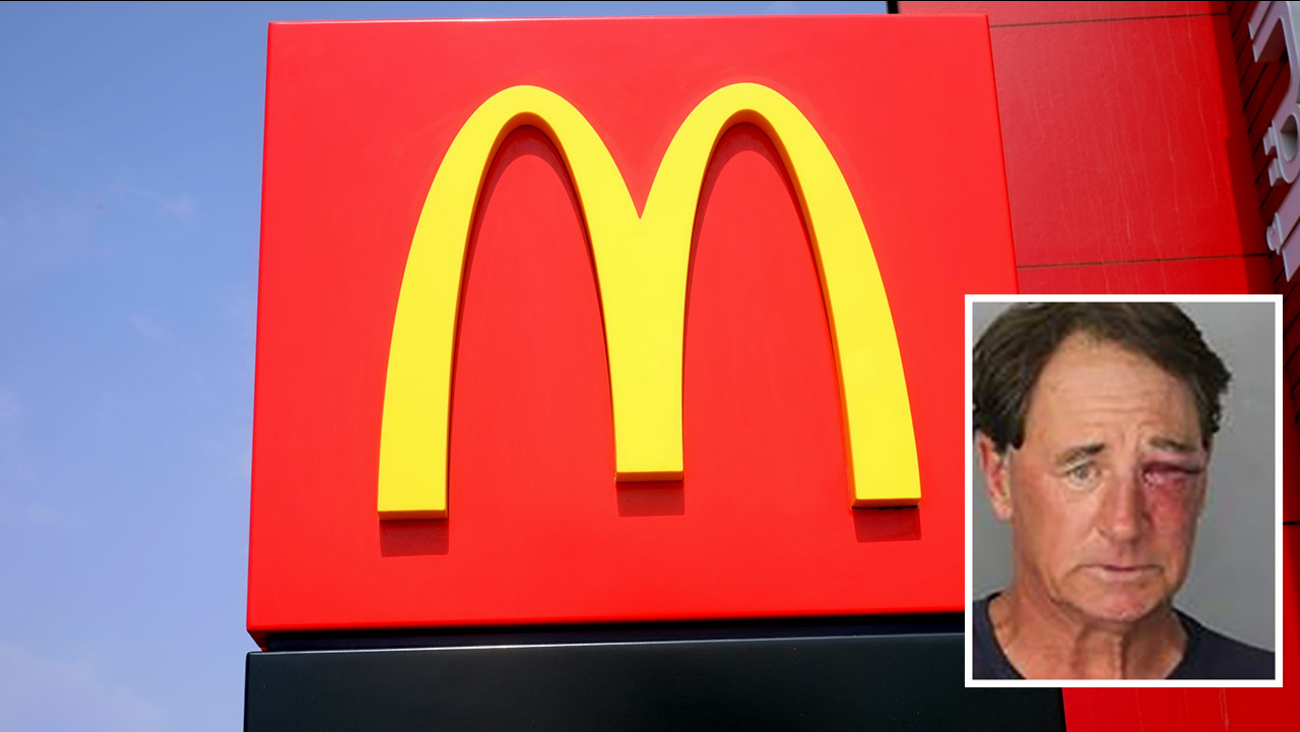 NEWARK, Del. (WPVI) -- A man has been charged with using a disabling chemical spray during a fight at a McDonald's in Delaware.

Police were called shortly after 12:30 p.m. Sunday to the McDonald's on the 800 block of South College Avenue in Newark for the report of a fight.

Authorities say Mikulcik had an altercation with a female customer. The woman exited the restaurant and notified her boyfriend of the altercation.

Police say the boyfriend, identified as 59-year-old Elbert Woodson of Wilmington, then entered the restaurant and attacked Mikulcik.

Mikulcik left the McDonald's, police say, then obtained the chemical spray from his vehicle, and returned inside the restaurant.

Once back inside the restaurant, authorities say Mikulcik attacked the boyfriend and other patrons by spraying and punching them.

Two customers at the McDonald's were identified as an off-duty Trooper and a retired Trooper from the Delaware State Police. They intervened and were able to disarm Mikulcik and physically detained him until the arrival of the Newark Police Department.

Numerous ambulance crews responded to the location to treat the victims, three of whom were transported to the hospital for treatment.

Mikulcik was arraigned and released after posting $12,500 secured bond.

A warrant for Woodson is on file for Assault 3rd Degree and Disorderly Conduct. Police say the warrant has not been served yet.

Anyone with information about this incident is asked to contact Officer Justin Roberts, 302-366-7100 x3493, or jroberts@newark.de.us.