4 in custody after car flips during police chase in Delaware 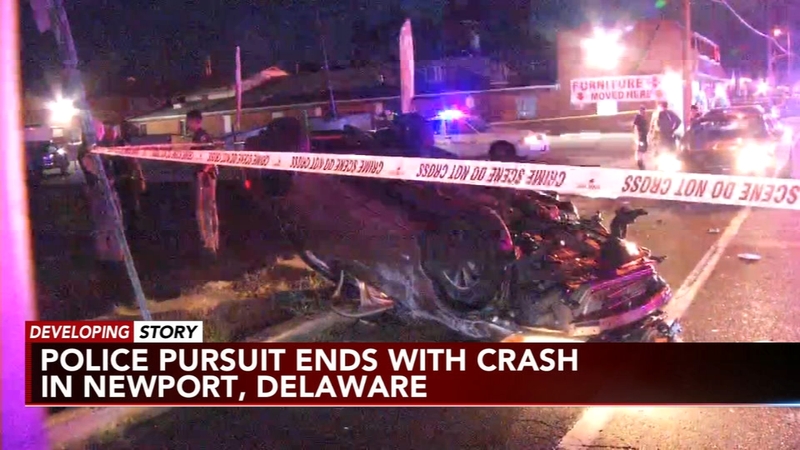 4 in custody after car flips during police chase in Delaware

NEWPORT, Delaware (WPVI) -- Multiple people are in custody after a police chase ends in a crash on Sunday night in Delaware.

It happened on West Market and Mary streets in Newport, Delaware.

All four occupants suffered minor injuries and were taken into police custody.

Police pursuit in Newport DE turns into a crash. Vehicle police were pursuing flipped over with 4 people inside. All 4 are in police custody and have minor injuries. Working to get more details @6abc pic.twitter.com/ig1W9krRP2

Police said they were initially called to a disturbance at a nearby party.