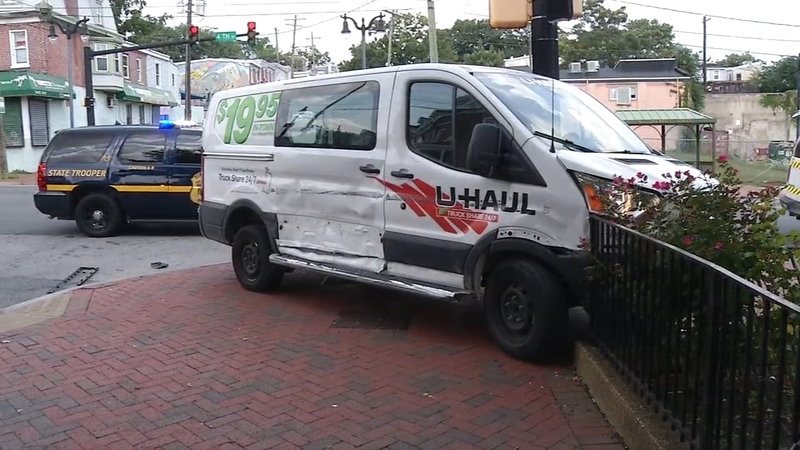 WILMINGTON, Delaware (WPVI) -- Two people were arrested after a police chase involving a stolen U-Haul in Delaware on Monday.

According to police, officers spotted the U-Haul on I-95 on Monday after it was reported stolen last week. Officers attempted to pull over the vehicle but a chase ensued.

The chase ended in a crash at 4th and Van Buren after the driver struck several cars, a light pole and a fence.