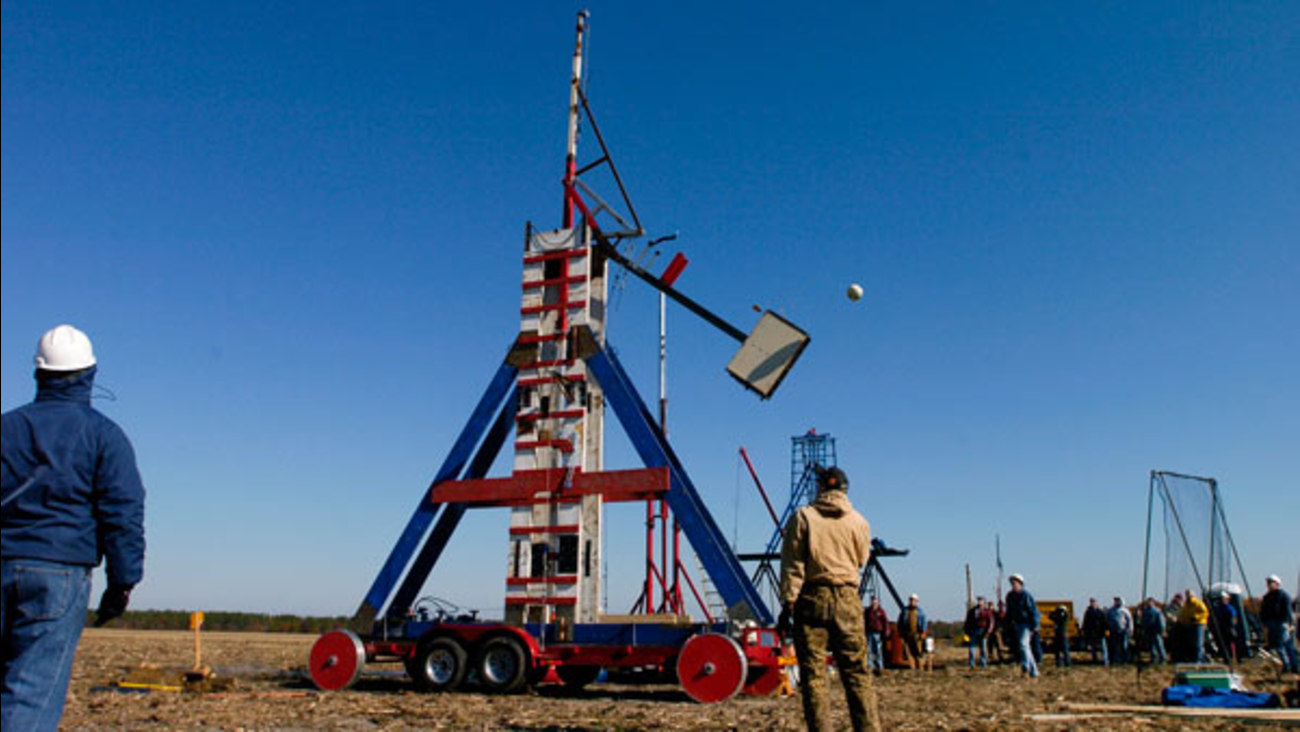 DOVER, Del. -- Organizers of a popular pumpkin-flinging competition in Delaware have canceled this year's event following the filing of a federal lawsuit by a woman who was critically injured at last year's event.

The World Championship Punkin Chunkin Association said in online posts Wednesday that landowners who donate the use of their property for the event are reluctant to host it this year in light of the federal lawsuit.

The lawsuit by Suzanne Dakessian claims she was left with severe and permanent injuries because of negligence and wrongful conduct by organizers and participants, state officials and Discovery Communications.

Dakessian was injured when a trap door blew off an air cannon. At the time, she was managing a camera crew for Sharp Entertainment, which was producing a television special for Discovery's Science Channel.
----------