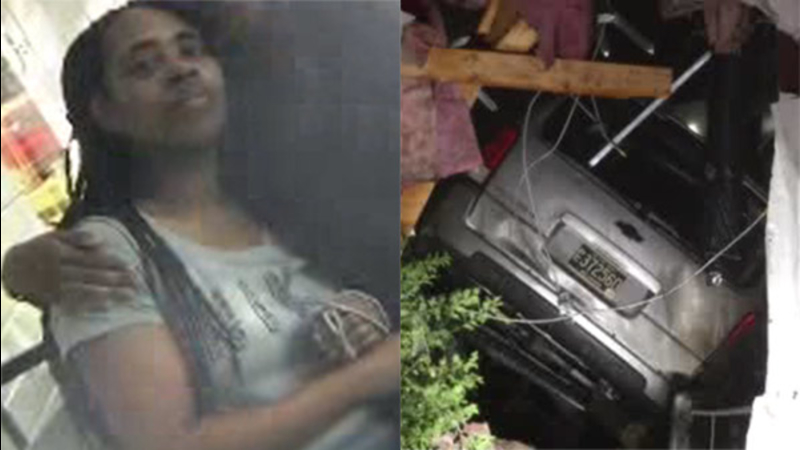 NEW CASTLE, Del. (WPVI) -- A driver and several animals were killed after a fiery crash at the Brandywine Valley SPCA in New Castle County.

The family identifies the driver as a 33-year-old Latoya Cooper, a mother of five.

"She went through the stop sign and must have kept going through. I just was bawling," Juanetta Cooper said.

Officials say the driver lost control of her vehicle and crashed into the building; the impact of the crash resulted in a fire.

Cooper said, "Latoya was a people person. She loves her kids to death. Loved life."

Latoya was the mother of five young children. Cooper says she will now have to raise them.

"I'm gonna need some help burying my daughter. If anyone can help me. I really appreciate it. She got 5 kids. I'm going to need some help," she said.

Emergency personnel and volunteers removed 100 animals from the burning building.

"We had people coming out of their houses bringing animals into their cars and homes. First responders putting them into ambulances. A lot of People with big hearts stepped up to save them," Linda Torelli of the SPCA said.

Two cats needed emergency veterinary care; one died from its injuries, and the other is being treated for burns and smoke inhalation. Two other cats lost their lives in the fire. The other animals have been relocated to temporary housing and are being examined by medical personnel.

Unfortunately 3 cats died, but so many animals were saved.

The fire was extinguished within a half hour, but it severely damaged the veterinary clinic inside the structure.

Smoke and water also caused damage to the shelter section of the building.

SPCA officials say they are incredibly thankful for the rapid response from firefighters and neighbors who saved the surviving animals.

The facility will be closed for an undetermined period of time, pending a building inspection and possible subsequent cleanup and repairs.

This same SPCA branch recently agreed to take on animals from lower Delaware while the facility there expands.

Police have not yet determined what caused the driver to crash into the building.

The BVSPCA say they need the community's help during this crisis. Officials say anyone who has been thinking of adopting should visit one of their other adoption locations: the Georgetown, Del., campus; the PetSmart Everyday Adoption Center in Dover, Del.; or the West Chester, Pa. campus. Sunday hours are 10 a.m. to 5 p.m.

The BVSPCA says financial donations are also needed to help with the additional cost to care for the animals and the damage to the building.

A GoFundMe page has been set up for the family of Latoya Cooper.