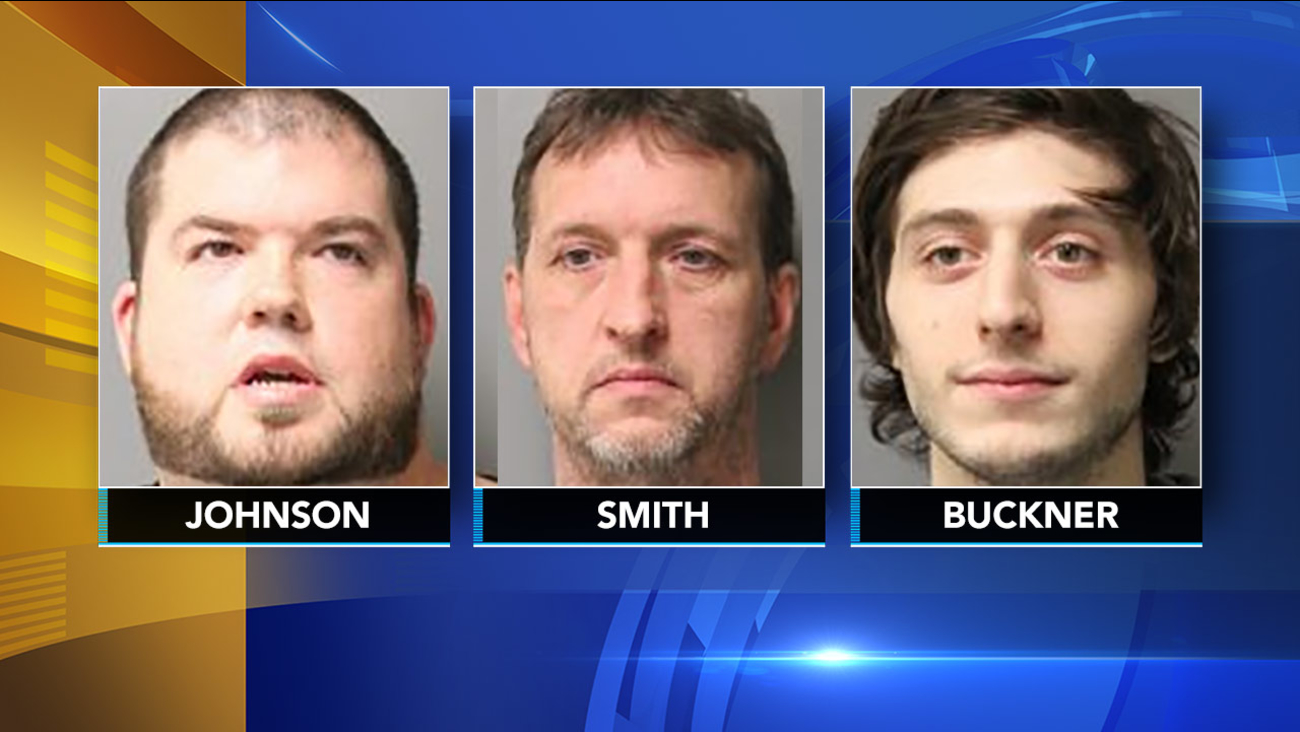 MILFORD, Del. (WPVI) -- The Delaware State Police have arrested three suspects after a traffic stop led to the discovery of drugs in Milford.

It happened around 6:10 p.m. Tuesday when a trooper observed a vehicle where the driver was not wearing his seatbelt in a Dodge Caravan traveling northbound on U.S. 113, south of Shawnee Road.

The suspects were detained and a search of the vehicle was conducted.

The following items were recovered from the vehicle:

Johnson, Smith, and Buckner were transported back to Troop 5 where they were charged with the following:

Smith was also charged with criminal impersonation for providing police with a false name.