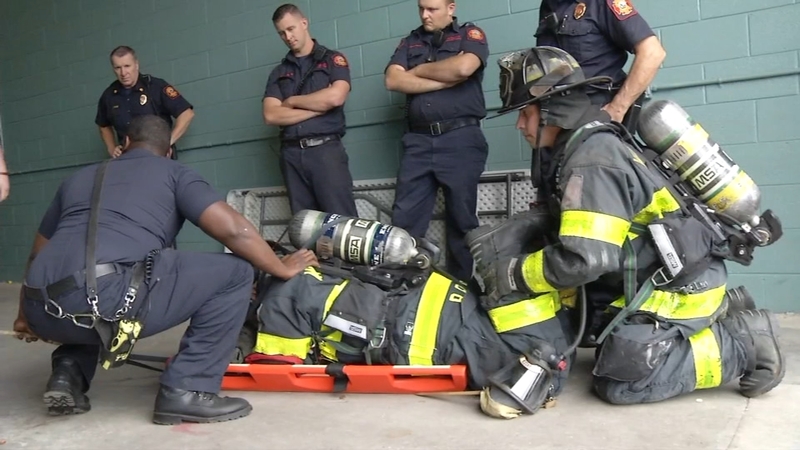 They were given a FAST board, which was created by a 20-year veteran of the Philadelphia Fire Department.

Eric Allen designed the board to save the lives of fellow firefighters, specifically those trapped in basements.

Allen says he spent a few years creating this board to speed up the rescue process.

He says, in some cases, with the FAST board and proper training, they have reduced rescue times from roughly 25 minutes to 2 minutes and 30 seconds.

He's now donating FAST boards to departments that have lost members to basement fires. That's what brought him to the Wilmington Fire Department.
"That's what the board was designed to do, primarily, is to get firefighters out of basements," Allen said.

It was almost two years ago that three firefighters died as a result of a fire in Wilmington.

The chief says the floors started to collapse, and four firefighters fell down into the basement. Capt. Christopher Leach and Lt. Jerry Fickes died in that basement.

Firefighter Ardythe Hope died from her injuries 68 days after the blaze.

Allen says those are the tragedies that inspired him to create this fast board.
It's currently being used in more than 250 departments and seven countries.