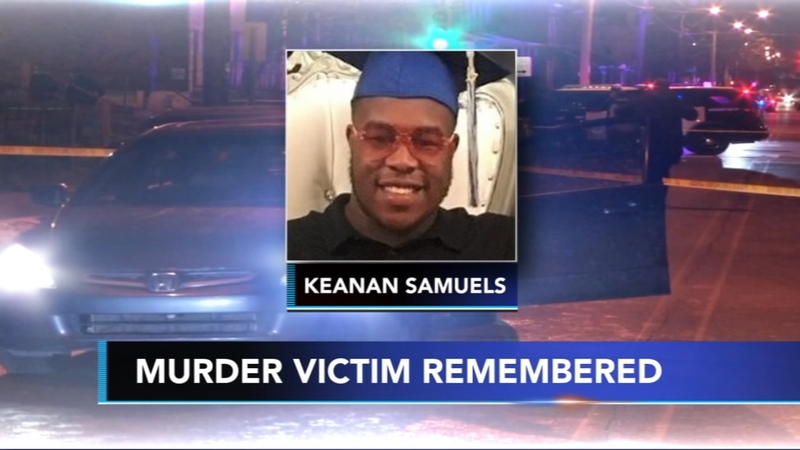 WILMINGTON, Del. -- Gunshots rang out during a vigil for a murder victim in Wilmington, and a 20-year-old man was hit and killed.

Keanan Samuels, who was home from college, was shot and killed on Saturday.

His uncle, Allen "Duffy" Samuels, is the founder of Duffy's Hope, a non-profit organization with a mission to help at-risk youth.

"Young people please hear my voice: 'enough is enough.' Put the guns down, because now it's another mother without a son, another young man who's not going to see his future," Allen Samuels said.

The shooting happened near the intersection of Vandever Avenue and North Locust Street. The vigil being held there was for one of Keanan Samuels' friends.

"He went to this vigil and he didn't make it," Allen Samuels said.

Neighbor Trish Smith lives right at the corner and witnessed it all happen.

"They had the music going, the candles and balloons and people on each corner," she said. "I didn't even get on the porch and take my coat off and I heard the shooting."

According to Wilmington Police, Keanan Samuels was an innocent bystander, and that the shooter fired from an alley nearby.

Samuels was shot in the head.

"He brought people together. That's what he likes to do, host things," his uncle said.

Allen Samuels said he was looking forward to celebrating more milestones with his nephew.

"I see him being a host of some type of radio station or a host of a TV show," he said.

Now the family is looking to the community for help in figuring out who did this.

"I'm pleading with the community to step up. I'm pleading that you step up and help solve this murder," Allen Samuels said.