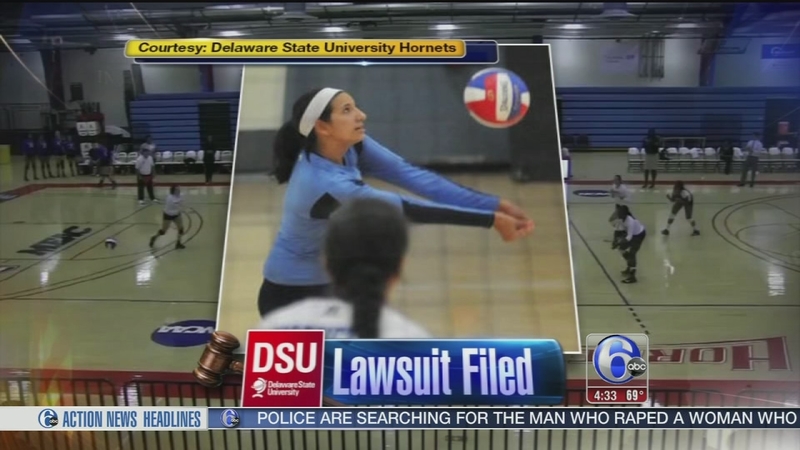 Natalia Mendieta claims she lost her athletic scholarship after she refused to attend church or participate in Bible studies - optional activities that were reportedly made mandatory by her coach.

Had this been a religious institution or religious college, this would not be an issue. The focus of this lawsuit is on a taxpayer supported state university.

The allegation is that a newly hired coach violated a student's first amendment rights.

Interestingly, when they first met a couple years ago they hit it off.

Mendieta explained her first impressions of her new coach, LaKisha Killingsworth, by saying, "She knew what talking about on the court. Personally she was really easy to talk to, and she had really good advice."

When focusing on the game, everything clicked. Off court, however, came an uncomfortable demand.

"Church was mandatory during preseason on Sundays... to her church. We had to go as a team," Mendieta said.

In a recently filed lawsuit it's alleged the coach put both church and a Christian study meeting on the official team calendar.

Text messages were sent to remind teammates, including Mendieta.

Mendieta, raised Roman Catholic, was uncomfortable going to the coach's protestant church. But she explains that she said little in protest, not wanting to risk her scholarship.

She explains, "She controls whether I stay in school or not. The only way that I could afford school was through my scholarship. So technically, volleyball was my job."

Eventually she wrote a letter, saying she would go to a Catholic church. She says the coach though then became critical of her on court play.

"Things that weren't a big deal before started being a big deal," she said.

There was an issue about missing a curfew. Then last December came word that Mendieta was losing here scholarship.

"That she be able to complete her education and that the university be put in a position where it knows, and its people know, not to do this again," Raffaele said.