Diamonte Taylor, 23, was sentenced to life in prison after being convicted of murder in 2018.
AP 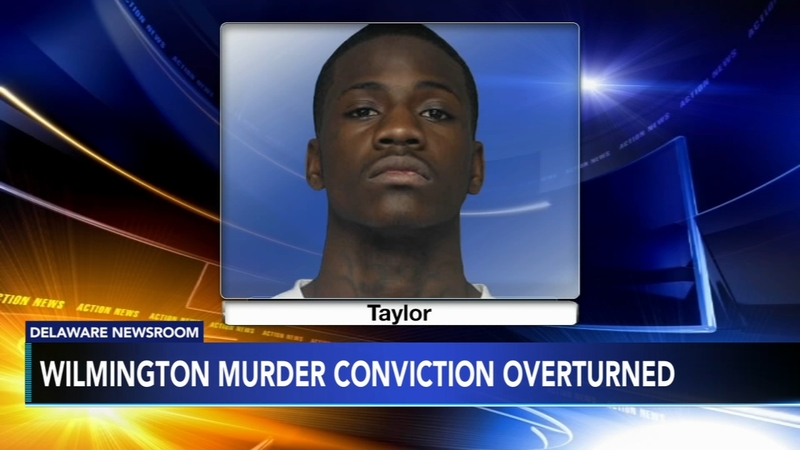 DOVER, Delaware -- Delaware's Supreme Court has overturned the convictions of a Wilmington street gang member for murder and other crimes because police conducted an unconstitutional search of his cell phone data.

Diamonte Taylor, 23, was sentenced last year to life in prison plus 11 years after being convicted in April 2018 of murder, assault, reckless endangering, aggravated menacing, possession of a firearm during the commission of a felony, and illegal gang participation.

In a ruling Wednesday, the justices overturned Taylor's convictions. They said the trial judge should have granted a defense motion to suppress all evidence from the search of his cell phones because the search warrant was unconstitutionally broad.

"The Taylor search warrant allowed investigators to conduct an unconstitutional rummaging through all of the contents of Taylor's smartphones to find whatever they decided might be of interest to their investigation," Chief Justice Collins J. Seitz Jr. wrote in the court's opinion.

The warrant allowed investigators to search for "any/all data" that might be "pertinent" to the investigation of various gang-related crimes.

"The free-ranging search for anything 'pertinent to the investigation' undermines the essential protections of the Fourth Amendment - that a neutral magistrate approve in advance, based on probable cause, the places to be searched and the parameters of the search," Seitz wrote. "Although the record is not entirely clear, investigators apparently extracted almost all data from Taylor's smartphones from an eleven-year time span, and then searched without restriction for evidence of criminal conduct."

Taylor and a fellow member of the Shoot to Kill gang, Zaahir Smith, were indicted after a series of violent gang-related crimes in May 2016, including the murder of 15-year-old Brandon Wingo. Wingo, an associate of a rival gang called Only My Brothers, was gunned down while walking home from Howard High School of Technology in Wilmington.

According to court records, authorities used the search warrant to retrieve more than 17,000 data files from one of Taylor's cell phones.

At trial, prosecuted offered 95 pages from the 4,645-page extraction report of Taylor's cell phone into evidence. The information introduced included photos of Taylor with the gun linked to Wingo's murder, text messages, connections to social media posts, and statements by Taylor in which he implied he had killed Wingo. Prosecutors also relied heavily on the testimony of a third gang member who reached a plea deal and agreed to testify against Taylor in return for leniency.