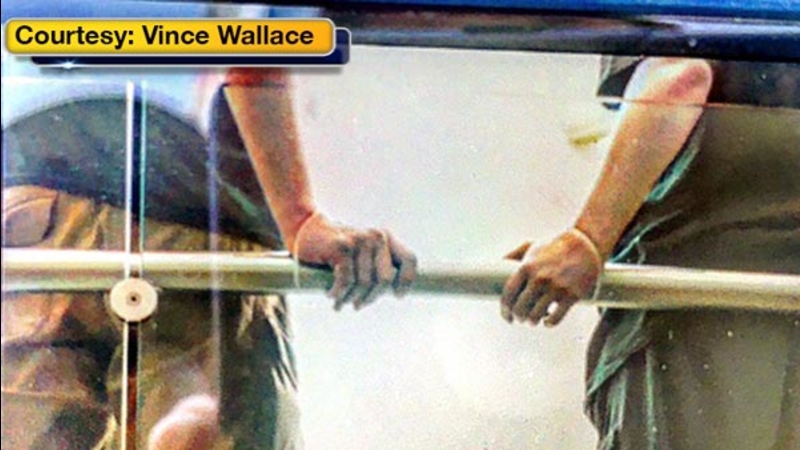 Demonstrators protesting the media's coverage of the presidential election tied themselves to a railing at the Comcast Center in Philadelphia as the city prepared for Day 3 of the Democratic National Convention.

The protest began before noon Wednesday at the building located at 17th Street and JFK Boulevard in Center City.

A number of protesters were able to make it inside the building and zip tied their hands to the railing.

It was not clear how long they were there, but soon the lobby of the Comcast Center was cleared.

Philadelphia police took them out and lined up around the building.

Once outside, demonstrators held up signs reading "report the truth" and "your voice was stolen by the mainstream media and donors." They chanted "We've been given a false choice in this election," while Philadelphia police stood outside the entrance.

"They were taken into custody, they will be given citations and they'll be on their way," said Commissioner Richard Ross.


The protesters were peaceful, Ross said.

Once cited, it was back to the protest line.

Alternate delegate Patrick from Virginia at Bernie or Bust rally "feels there is still more to fight for" #DNCinPHL pic.twitter.com/YaNNv26LpN

"We, in particular, demonstrating against Comcast. We have a strong conviction that the media has been colluding and corroborating with the manner in which the DNC has corrupted and, basically, stolen our democracy," one protester explained.

Nearby at the Municipal Services Building, Bernie Sanders supporters continued their 'Bernie or Bust' rally.

Alternate delegate Patrick from Virginia told Action News he "feels there is still more to fight for."

Over at City Hall, the site of many protests this week, there was a different kind of rally. Approximately 1,500 children took part in Philadelphia's Day of Play.