Nightlife in Philadelphia for the delegates 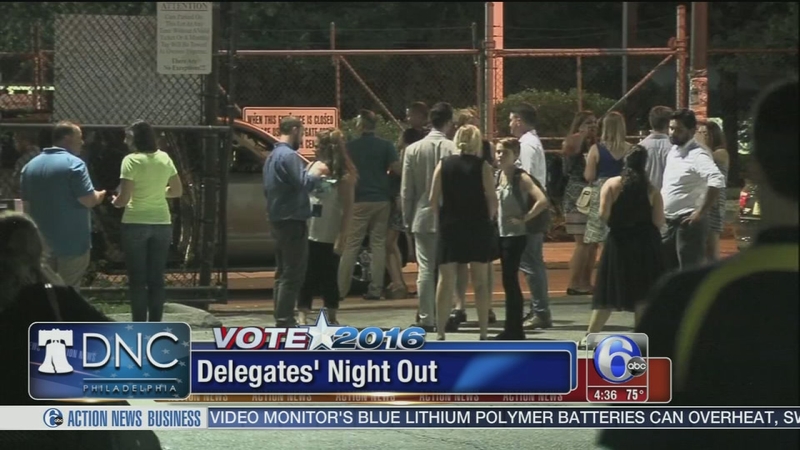 VIDEO: Nightlife in Philly for the delegates

PHILADELPHIA (WPVI) -- After a night of speeches, it was time to party for the delegates.

The Action Cam was outside the Le Meridien in Philadelphia, Center City early Tuesday morning.

It is one of the places that applied to keep their bar open late, so the delegates would have a place to go.

This wasn't the only spot, there was plenty going on elsewhere.

Some were at formal gatherings, and other chose to attend events.

At Union Transfer on Spring Garden, and the Electric Factory, you could see lots of revelers outside.

At Union, it was an invitation only fundraiser for musicians on call.

It was sponsored by the Recording Industry Association of America.

Philly Native DJ Jazzy Jeff opened up the festivities. Then Nelly came in and brought the house down.

Over at the Electric Factory, they had the Headcount convention jam.

Headcount is a non-profit that registers voters at concerts.

And, they had a concert Monday night that included Grace Potter, Dawes, and Philly's own Mutlu.

Andy Bernstein, Executive Director of Headcount said, "We had a really great turnout. It was really a special evening. The Electric Factory, Philadelphia is one of the great rock halls. And we wanted to do a little rock and roll and a little bit of politics. We kind of brought it altogether, and we are really proud of a great evening."