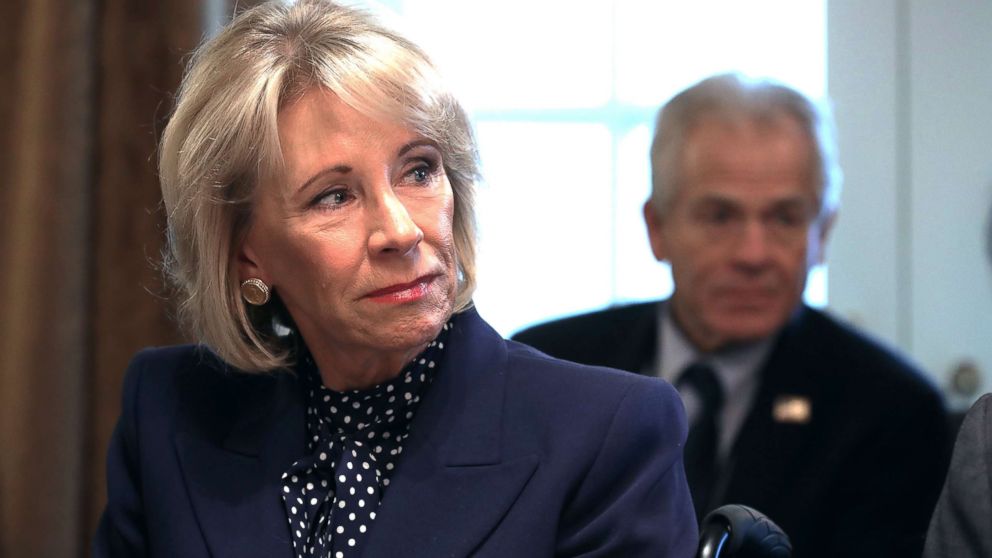 A Trump administration proposal aimed at encouraging "school choice" appeared to be dead on arrival in Congress after both House Democrats and a conservative think tank issued statements Thursday saying it was the wrong way to go.

In a press conference, DeVos said these "education freedom scholarships" would open up opportunities for kids who believe they have been failed by their public school, and boost participation in much-needed career and technical education programs. State participation would be optional.

Democrats, who control the House, quickly dismissed the idea as shrinking the pot of federally available education dollars, while the conservative Heritage Foundation said the move could "open the door" toward more regulation and complicate the tax code.

The swift pushback all but guaranteed the legislation would go nowhere this year and leaves DeVos without a signature win on her flagship issue of school choice.

"The federal tax code is an inappropriate place to intervene in state education policy," according to a statement posted on the Heritage Foundation web site.

Rep. Bobby Scott of Virginia, chairman of the House Education and Labor Committee, said: "House Democrats will not waste time on proposals that undermine public education. We're focused on reversing our chronic underfunding of public schools so that all students - regardless of their background - can learn in schools that are healthy, safe, and provide a quality education."

President Donald Trump in his State of the Union address this month said "the time has come to pass school choice." DeVos applauded alongside many of the conservatives in Congress.

Conservatives have been divided, however, on how to do it. One concern is that a future Democratic administration could use the tax credits as a means of regulating private schools and dictating admissions.

For their part, Democrats say public education funding is already too small. And limiting the federal revenue stream further through tax cuts would eventually hurt public schools, they argue.

In her remarks on Thursday, DeVos predicted pushback from those who have "a vested financial interest in suppressing education freedom." Cruz said "not one penny" would be pulled from public schools.

"You'll hear that our proposal is an attack on public education," DeVos said at a press conference, flanked by local school-choice advocates. "But beware. That's fake news."