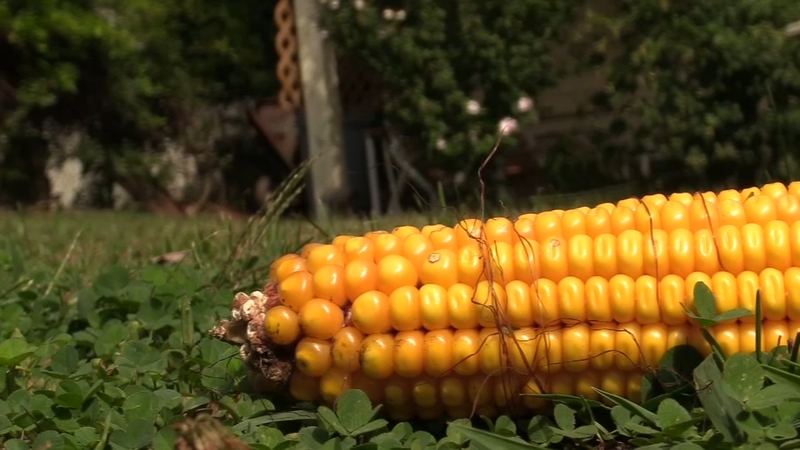 Every day, he spreads kernels of corn and watches from his porch as critters feast.

Given all the kernels, he's pretty used to pulling weeds, but one kept growing - and it was something of a mystery.

"I'm not a farmer. It's just this freak accident here is giving us a lot of attention," said Jacovelli.

What he thinks happened is a squirrel took one of the kernels from his yard and buried it in his garden.

"We joked around and said, 'OK, let's let it grow,'" said Jacovelli.

After a while, he started to notice something unusual. There were several cobs growing from the same stalk.

"We started counting them and I think we got to 20. I said this is unbelievable! We may have this record," Jacovelli said.

To be exact, there are 29 cobs of corn on the single stalk. It's now the Guinness World Record.

"A normal cornstalk has one ear," explains agricultural expert Michelle Infante-Casella from Rutgers University. She certified the world record.

"This was incredible. It's like nothing we've ever seen before," she said.

And it's something that may never be seen again "because the pollen didn't get on every cornstalk, the seed's not viable so it won't regrow," explained Infante-Casella.