3 men honored for helping deputy who was being attacked 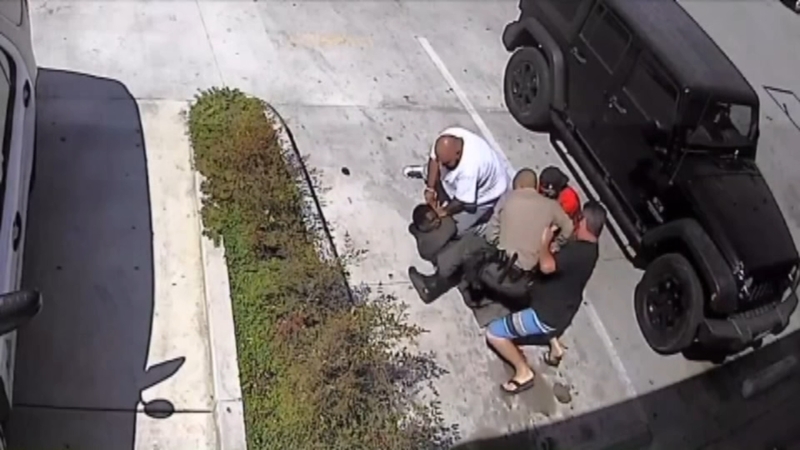 3 men honored for helping deputy who was being attacked

WHITTIER, California (WPVI) -- Three men are being honored for stepping up to save a deputy who came under attack.

Video shows the ordeal in Whittier, California this week where an LA County Sheriff's Deputy was jumped in broad daylight.

The attacker tried to grab the officer's gun, prompting the deputy to yell.

That got the attention of a man nearby who jumped in and pulled the suspect's hands from the gun.

That's when two others got involved, helping the deputy subdue the attacker, who was a homeless man.

The good Samaritans say they had everyone's safety in mind.

"I didn't want nothing bad to happen to the officer or to the homeless guy even though he was already getting, you know, dirt on the floor," said Brian Whitney.