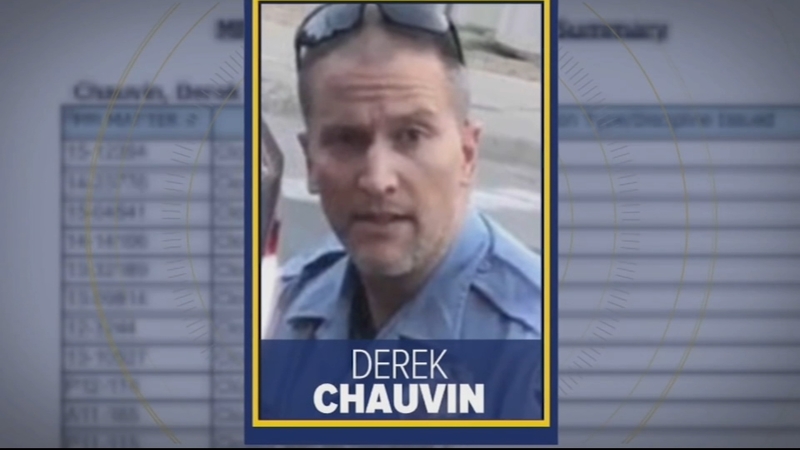 PHILADELPHIA (WPVI) -- The former Minneapolis police officer who pressed his knee into George Floyd's neck went on trial Monday on charges of murder and manslaughter.

Prosecutor Jerry Blackwell showed the jurors the footage during opening statements, after telling them that the number to remember was 9 minutes, 29 seconds - the amount of time officer Derek Chauvin had Floyd pinned to the pavement last May.

Floyd's death sparked protests and anger across the world, including right here in Philadelphia. Some residents are concerned about how this trial will play out.
"I was fortunate enough to be spared the first one. The second one, unfortunately, they vandalized store and destroyed it completely," said West Philadelphia store owner Ribhi Mustafa.

Mustafa fears his business corridor in West Philadelphia would not survive another wave of vandalism, and expressed concern if police would be equipped should the unthinkable occur.

"I really have no faith in them quelling or taking care of anything that could come unexpectedly. I think they are unprepared as of this moment," he said.

Philadelphia police say at this point there are no specific threats of violence or unrest in the city.

Working to rebuild that trust, however, are elected leaders like, State Representative Joanna McClinton whose office is down the same very same corridor.

"We've got to stay vigilant and make sure that not only policing is fair, but that there is reform because it's clear from incidents like this that reform is needed," McClinton said.

In a statement to Action News, Police Commissioner Danielle Outlaw acknowledged that "frustration and outrage" is still felt in the city, but assured that the agency will "closely monitor the situation as the trial proceeds."
In a separate statement, the city's Managing Director Tumar Alexander added, "PPD has improved its intelligence gathering capabilities," to deploy adequate resources where needed.

Groups like the Black Clergy of Philadelphia are also prepared to mobilize by using members to advocate and preach their message to neighbors.

Much of that dialogue is already occurring through online church services and social media.