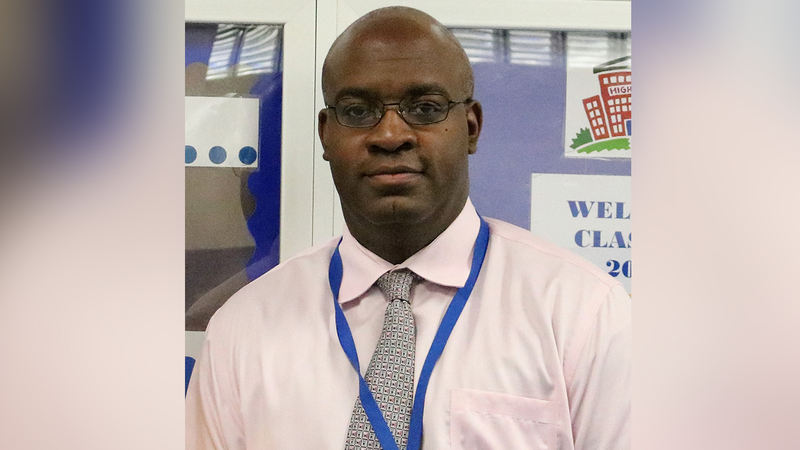 WESTFIELD, N.J. -- A New Jersey high school principal who went into a coma after he donated bone marrow to a 14-year-old boy in France has died.

Family members tell NJ.com that Westfield High School Principal Derrick Nelson underwent the donation procedure at a hospital in February. They say the 44-year-old couldn't speak or move afterward, and remained in that condition until he died on Sunday.

Nelson's father says it's still not clear what happened to his son, who was the father of a 6-year-old girl.

Friends say Nelson didn't know the French teen he was trying to help.

Besides his work in education, Nelson had served as an officer in the Army Reserve for more than 20 years and had recently re-enlisted. His military service included an assignment in the Middle East.

"Derrick was a tremendous father to our beloved daughter Morgan and the best companion and life partner I could have ever asked for," fiance Sheronda Braker said in a statement. "He loved his family almost beyond belief. He was a man who carried himself with dignity, courage and compassion. His last kind and generous act on this earth in giving so someone else might live is a true testament to who he was and how he should always be remembered. We will always love him."

A spokesperson for the school released the following statement:

"Dr. Nelson touched us all with his kindness, compassion, integrity, and endlessly positive attitude. We hold him and his family in our hearts as we grieve this loss together and I know you join me in granting his family the privacy they have requested."

Westfield Mayor Shelley Brindle said the town is offering any assistance to the school district that is necessary during this difficult time.

"This is a tremendous loss for our community, and I know that our children, and we as parents, will struggle with coming to terms with this over the coming days and weeks," Brindle said. "He was a man of immense character and kindness, and his legacy will live on in the generations of students whose lives he touched."
Nelson was described as passionate, big hearted and an avid supporter of the students.

"He always tried to inspire students in the classroom and outside to be good people," senior class president Jackson O'Brien said. "And I think he served as a great role model."