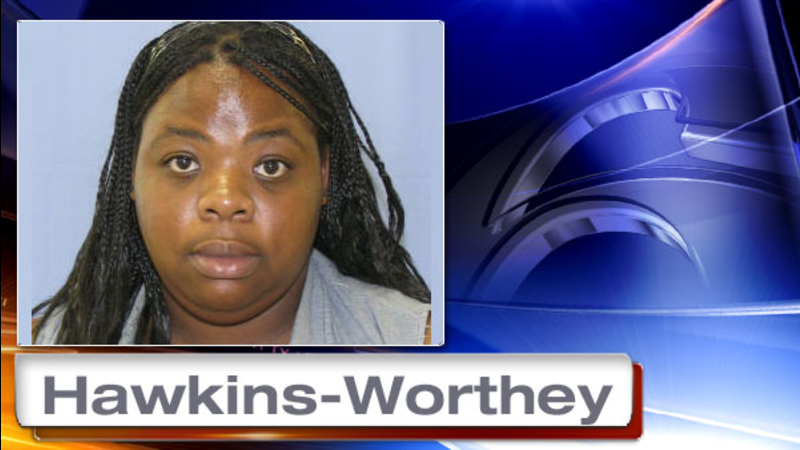 PHILADELPHIA (WPVI) -- The Philadelphia District Attorney's Office says a worker with the city's Department of Human Services is charged with submitting fraudulent overtime expenses and stealing SEPTA fare tokens from the agency.

30-year-old Shamira Hawkins-Worthey, of the 3000 block of N. 9th Street, is now facing 1576 counts of Theft, Forgery and Tampering with Public Records charges.

The DA's Office says Hawkins-Worthey has been employed by the city since November 20, 2006, and part of her responsibilities included obtaining SEPTA fare tokens for her clients.

The investigation began in September of 2013 after a DHS Administrative Supervisor noticed that Hawkins-Worthey requested and received a total of 300 SEPTA tokens during a two day period - an unusually high request. The investigation revealed that those requests were for cases that were inactive or closed.

Authorities then discovered that for nine months, beginning in January of 2013, Hawkins-Worthey submitted 640 requests and received 11,474 tokens totaling $17,784.20.

The DA says of those requests, 366 contained forged supervisor signatures - several of which contained signatures of supervisors who were absent or on leave. In addition, many of the DHS cases Hawkins-Worthey allegedly cited on the request forms were either closed, inactive or nonexistent.

While the investigation was being conducted, Hawkins-Worthey was reassigned to an administrative position within DHS. Despite being told by a supervisor that she was not permitted to work overtime, authorities say Hawkins-Worthey submitted three forged Authorization for Overtime Slips.

In addition, a review of Hawkins-Worthey's ID Swipe card for those days revealed that she did not gain entry by using her card nor was she seen by others who worked the days she claimed for overtime.

An audit of Hawkins-Worthey's overtime slips revealed that she had requested overtime for 76 cases between April and October of 2013. Twenty of those cases were determined to have been closed and eight cases did not exist at all.

The fraudulent overtime for that time period amounted to a total of $6,372.34.