Director Gabe Polsky speaks about 'In Search of Greatness' 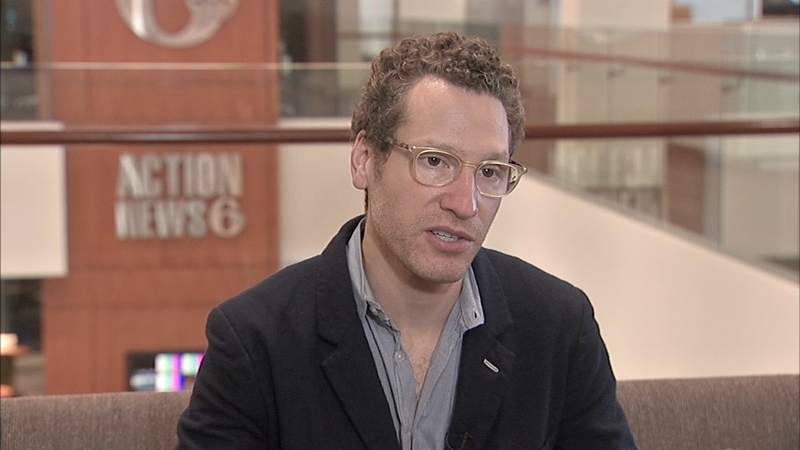 Director Gabe Polsky speaks about 'In Search of Greatness'

PHILADELPHIA (WPVI) -- What is greatness?

What does it mean to be great?

How you do you become great?

These are the questions director Gabe Polsky is trying to answer in his latest documentary, "In Search of Greatness."

To help him in his quest, he enlisted some of the most renowned athletes of all time -Wayne Gretzky, Jerry Rice, and Pele.

The director stopped by 6abc to speak about his film, which is now in theaters.

6abc: From your film, it's safe to say, a great player doesn't follow others. Would you say that is the case?

Gabe: Anyone who is conforming, who is doing what other people are doing as well, is not going above the boundaries. It's those who are kind of rebelling against the status quo. Your Einsteins, your Gretzkys, your Steve Jobs, those are the ones who are not trying to do what everyone else is doing, but trying to invent new things. I think the same is true for sports, where we don't want every player to be the same and to be doing the same thing. It's those Michael Jordans that you go to the stadium and they're doing things you never seen before. They're doing magical things, miraculous things. I think we sort of lost the understanding and appreciation of what even the essence of greatness is - which I think is strongly related to creativity. Not just in sport, but in any field.

6abc: Hearing Wayne Gretzky's story and Jerry Rice talk about how he got into football, it shows you don't need to only focus on one thing to be great.

Gabe: What's most important is that you just don't focus on one sport, hyperfocused, and that's all you do at an early age. No. I think all these athletes played around in different sports. Got to know themselves, their bodies in other sports. It's not specialization, it's not good for you at a young age. I think most importantly you got to have fun. It's a simple idea, but you can't be great unless you're having fun.

6abc: The way the film is presented is very unique. There are bits of movie and TV clips. What was your reasoning for creating your film this way?

6abc: I know you want everyone to see it, but who would you say is the target audience for this film?

Gabe: I think this is a film for coaches and teams to go together and talk about after. Not just for sports, but any school, companies to go together. Because it's really, I think, a film that can generate a lot of discussion about what's healthy and can lead people to happier and healthier lives. As a result, we'll become a greater society and individuals.

6abc: After all this, Gabe, what is greatness?

Gabe: I believe creativity, freedom, play, and self-expression are the foundations of greatness. The more we understand that I think the happier and healthier our society will be.