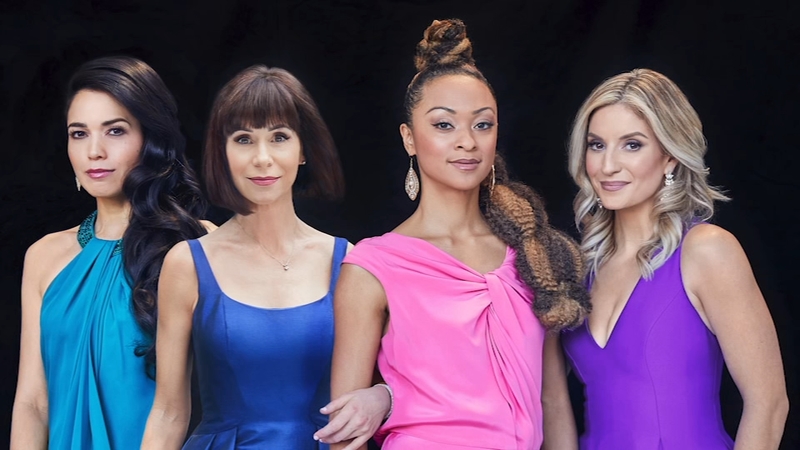 PHILADELPHIA (WPVI) -- Disney lovers of all ages are invited to experience the magic of the most famous music from some of our favorite films.

On April 12, 'Disney Princess- The Concert' is coming to the Kimmel Cultural Campus.

As part of an 80-city tour, the ladies will fill the Academy of Music with more than 30 of the most legendary songs.

"When you watch this show, you're going to not only be entertained by the four Broadway stars on stage singing huge solo numbers, but also singing together in four-part harmony. We're accompanied by a 40-foot LED screen that will play the animation from all of the movies," says Syndee Winters, who played Nala on Broadway in Disney's 'The Lion King.'

The Broadway star joins Susan Egan, who originated the role of Belle in 'Beauty and the Beast' and also voiced Meg in the film 'Hercules.'

Rounding out the quartet is Arielle Jacobs, who performed as Jasmine in 'Aladdin' on Broadway, and Anneliese van der Pol, the last Belle in 'Beauty and the Beast' on Broadway.

They perform classics like 'Part of Your World,' 'Let It Go,' 'A Whole New World,' 'Colors of the Wind,' and 'A Dream is a Wish Your Heart Makes.'

Concertgoers are encouraged to dress up.

"We have women and kids of all ages dressing up in themes," Winters says. "We encourage it. We are here to celebrate you, the princesses and the royals."

The ladies also share stories of being princesses on stage and screen.

'Disney Princess - The Concert' is next Tuesday, April 12 at the Academy of Music.