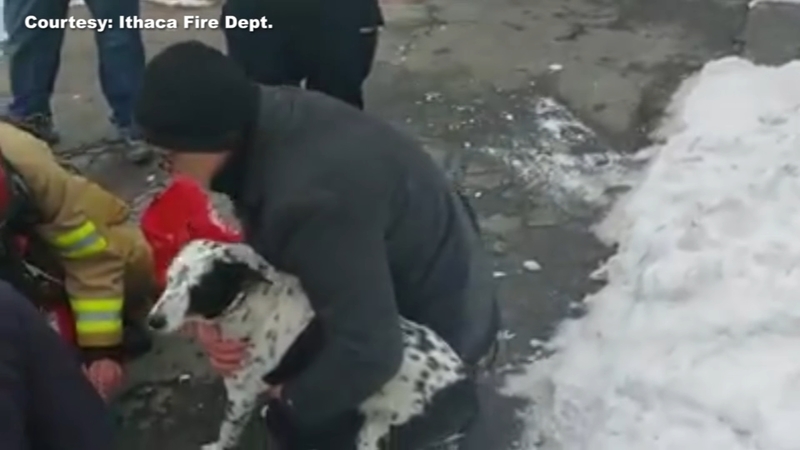 ITHACA, N.Y. -- The day was off to a "ruff" start for two dogs when their home caught on fire while they were inside, alone.

Ithaca Fire Department responded to a 911 call around 12:15 p.m. Wednesday from a passerby who reported that they could smell and see smoke coming from the roof of a home at 113 Park Lane. An off-duty Newark Valley firefighter driving by also called in to 911 to confirm the house was on fire.

When Ithaca crews arrived at the scene, they went inside and found smoke and fire on the second story of the home. Firefighters immediately extinguished the fire and searched the home for any occupants. No people were found in the home, but two dogs were rescued and treated on the scene. The blaze was brought under control in about a half an hour, and no one was injured.

Firefighters stayed on scene until about 2:00 p.m. and helped salvage what belongings they could. Afterward, the building was turned back over to the homeowner. The cause of the fire is currently under investigation, and the dogs are safe, sound, and recovering from the incident.