WESTAMPTON, New Jersey (WPVI) -- A dog that was rescued from the side of the New Jersey Turnpike has officially found a forever home.

Clifford, a 2.5-year-old hound mix, was spotted running loose on the highway in late December and caused traffic to stop on the southbound lanes near the Exit 6 interchange. He has spent the last few months at the Burlington County Animal Shelter. 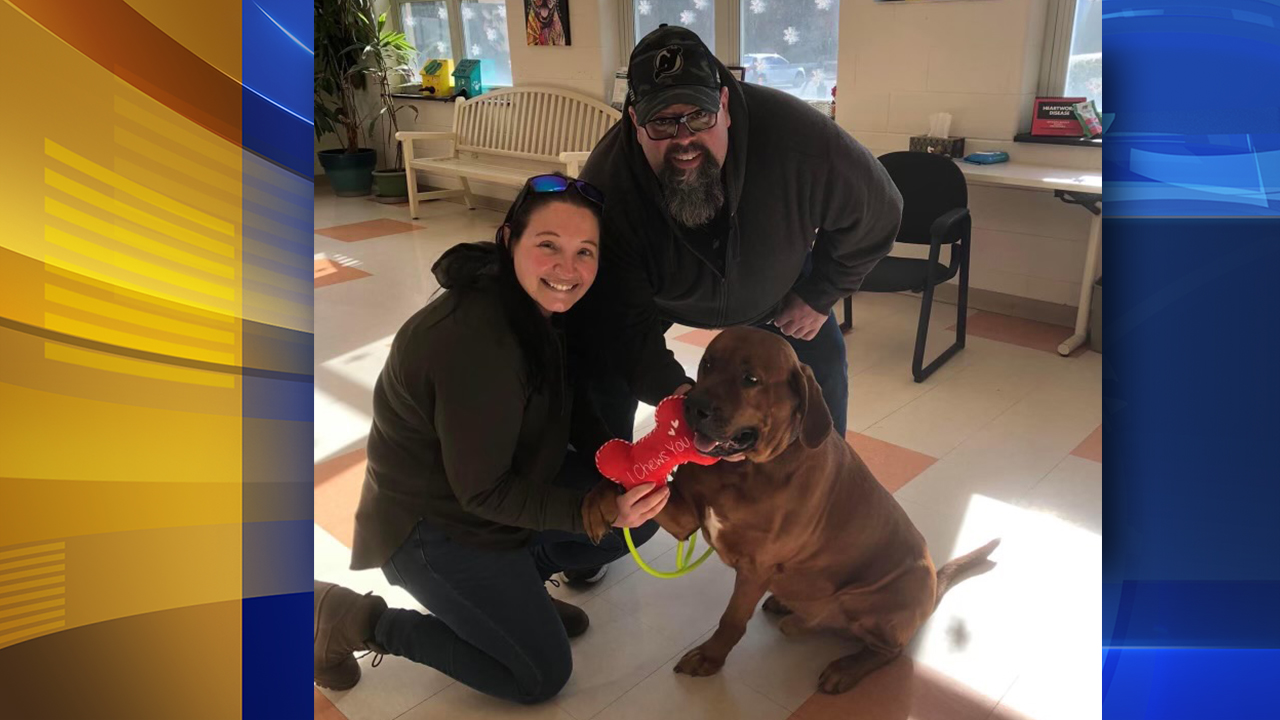 Among the vehicles that came to a halt was a large truck that the frightened dog hid under until the driver and some other motorists eventually coaxed him out.

Clifford was turned over to the Florence Township's animal control officer, who brought him to Burlington County's Academy Drive shelter.

A South Jersey woman visited Clifford and became smitten after learning about him from news reports and social media.

She completed the application process and officially welcomed Clifford to her family on Feb. 22.

More than 50 dogs and 160 cats have been adopted from the shelter so far this year and another 66 have been placed with animal rescue organizations.