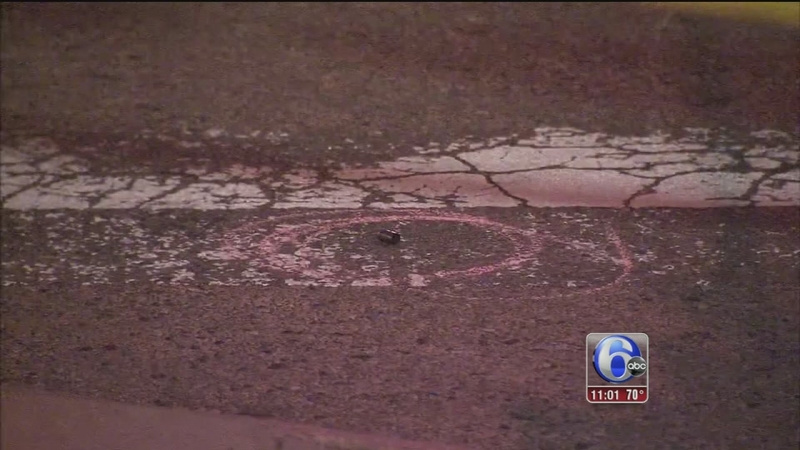 SOUTH PHILADELPHIA (WPVI) -- Police had to use deadly force after a dog attacked a woman in South Philadelphia.

It happened around 8 p.m. Tuesday along the 1500 block of Dickinson Street.

Police were responding to calls of a pit bull on the loose that bit a 28-year-old woman.

Investigators say when they arrived, the canine was attacking a 28-year-old man who was walking his dog.

One officer tried to kick the pit bull off of the man, but was unsuccessful.

"So the officer, when he was unsuccessful with kicking the dog off the male, pulled his weapon and fired shots at the pit bull," Philadelphia Police Chief Inspector Scott Small said.

The dog was killed.

The 28-year-old woman, who was bitten on both hands, was taken to Thomas Jefferson University Hospital for treatment.

The man who was walking his dog was also bitten on the hand, but he refused medical treatment.

Police say the pit bull appeared to be well kept and did not appear to have been a stray dog.