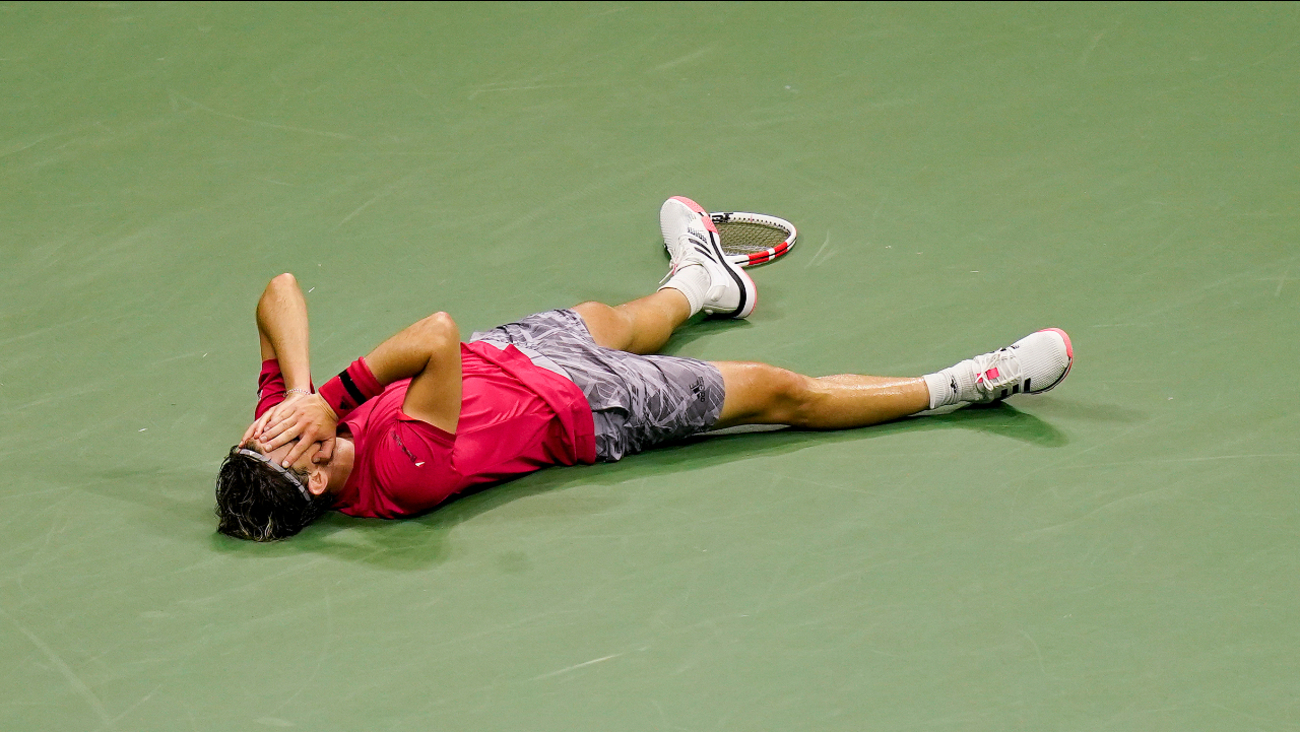 NEW YORK -- Dominic Thiem became the first man in 71 years to win the U.S. Open after dropping the first two sets of the final.

Pancho Gonzalez made the same sort of turnaround against Ted Schroeder in 1949 to win the event then known as the U.S. Championships.

Thiem is a 27-year-old from Austria who entered Sunday with an 0-3 career record in major title matches.

This was Zverev's debut in a Grand Slam final.