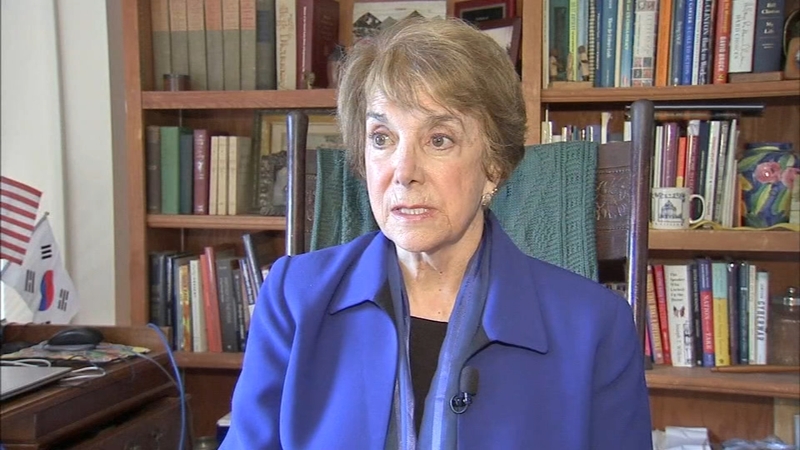 PHILADELPHIA (WPVI) -- Twice in the 20th Century, Congress tried to remove a president.

In 1998, Bill Clinton was impeached by the House but found not guilty by the Senate. In 1974, Richard Nixon resigned when it appeared he would be impeached.

Marjorie Margolies, a longtime political observer, was a network TV reporter during the Nixon years, then served in Congress in the early '90s as Democrat. She has personal ties to the Clintons.

What is an impeachment inquiry? A look at the impeachment process. Sarah Bloomquist has more on Action News at 6 p.m. on September 25, 2019.

"It's very, very confusing for the public," said Margolies of the impeachment process.

She says the focus on impeachment can overwhelm the nuts and bolts work of Congress of passing bills and that is not good.

"Very little got done, very little passed. Now, we're seeing a Congress where nothing is getting done, and how can you do less than nothing," said Margolies.

This all comes as House Speaker Nancy Pelosi launched a formal impeachment inquiry against President Donald Trump on Tuesday.

The probe focuses partly on whether Trump abused his presidential powers and sought help from a foreign government to undermine Democratic foe Joe Biden and help his own reelection. Pelosi said such actions would mark a "betrayal of his oath of office" and declared, "No one is above the law."

Trump has all but dared Democrats to take this step, confident that the specter of impeachment led by the opposition party will bolster rather than diminish his political support.

On Wednesday, Trump released a transcript of his conversation with Ukrainian President Volodymyr Zelenskiy.

"In 1974, when Nixon was extremely popular with Republicans, as soon as the bombshell hit, within 48 hours there was a shift," she says.

"I think what we are facing does not bode well for the Republican. I think unless we get a conclusion to this, and unless Mitch McConnell changes his stripes and puts it before the Senate, we are going to see something that's very incomplete that the public will not understand," Margolies says.