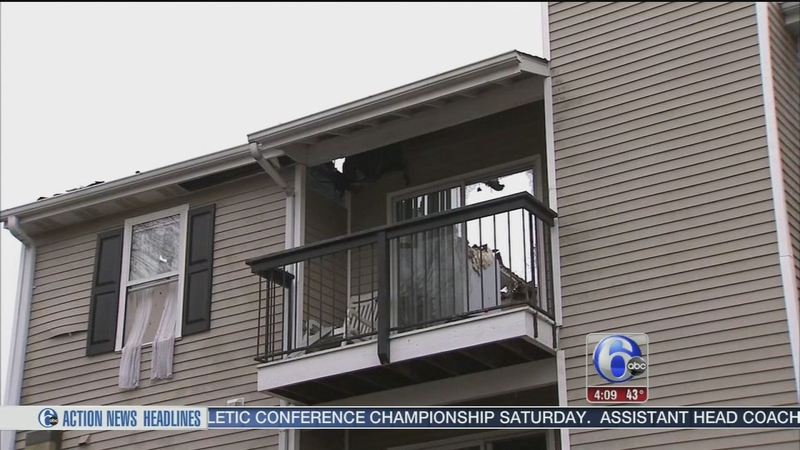 DOVER, Delaware (WPVI) -- People who live in an apartment building in Dover, Delaware do not have a home to go back to, after a fire tore through it Tuesday morning.

The flames broke out at the Cedar Chase Apartments on the 1700 block of North Dupont Highway around 7:15 a.m.

Most of the people who live there are students at Delaware State University.

"I opened the door and all I could see was flames and I peeked my head out to see the walkway and I saw a marginal gap where we could make it out. So, that's when we ran down the stairs. We could feel the heat, and we made it out," Adams said.

It took about an hour to get that fire under control.

Right now, the Red Cross is helping 22 people with housing.

Officials say none of the injuries was serious.