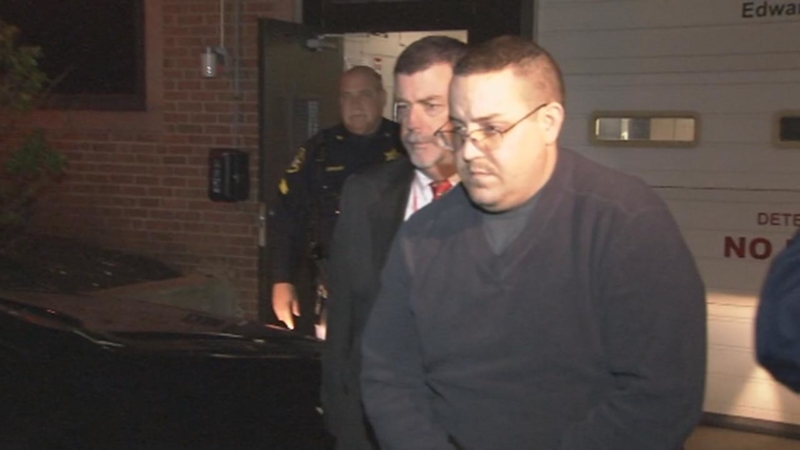 Bucks County authorities have announced charges connected to a false report in the manhunt for Bradley Stone in the hours following his killing spree in Montgomery County earlier this week.

Luke Sanderlin, 34, of Doylestown Township is charged with filing a false report, reckless endangerment and risking a catastrophe.

The Bucks County District Attorney says Sanderlin claimed that a man fitting Stone's description tried to carjack him. He allegedly told authorities that he fired a gun at the man, who then fled the scene.

Authorities say Sanderlin's story was all a hoax.

Hospitals and neighborhoods were put on lockdown.

Heckler says, "He caused an enormous amount of expense, anguish, anxiety, and some very real risks."

After Stone's deadly rampage Monday morning law enforcement swarmed the area around the four crime scenes: in Souderton where three were found dead and a teenage boy critically wounded; in Lansdale where two others were found dead; in Lower Salford where Stone killed his ex-wife and took his two daughters; and in Pennsburg where Stone dropped his daughters off with a neighbor before fleeing.

Stone's body would eventually be found Tuesday in a wooded area near his Pennsburg home.

However, Monday night while police continued to scour the area they received a report from Bucks County over of a violent encounter, possibly involving Bradley Stone.

It all started just before 8:00 p.m. at the Stonington Farm apartment complex in Doylestown, located near North Shady Retreat Road and Burpee Road.

Sanderlin allegedly told arriving officers that he was walking his dog when he was confronted by a man in fatigues and armed with a knife who demanded his car keys.

Authorities say Sanderlin claimed his dog bit stone, but he had a gun and fired three rounds at the suspect as he ran into a nearby wooded area.

K-9 units and helicopters from surrounding police departments were called in to search the area for Stone. In addition, residents were ordered to "shelter in place" while the search continued.

Authorities say they soon learned that Sanderlin's story was untrue.

Police say they do believe he fired his handgun and he does have a dog. But the rest is a lie.

The motive? The DA says attention for financial gain. The defendant allegedly desperate to raise money for a medical condition.

"The fundraising wasn't going well and we're contending that Mr. Stone's terrible crimes gave the opportunity for that 'something else' to happen," Heckler said.

Heckler says by coincidence there was an acquaintance of stone's in the same apartment complex. So they thought a sighting might be credible.