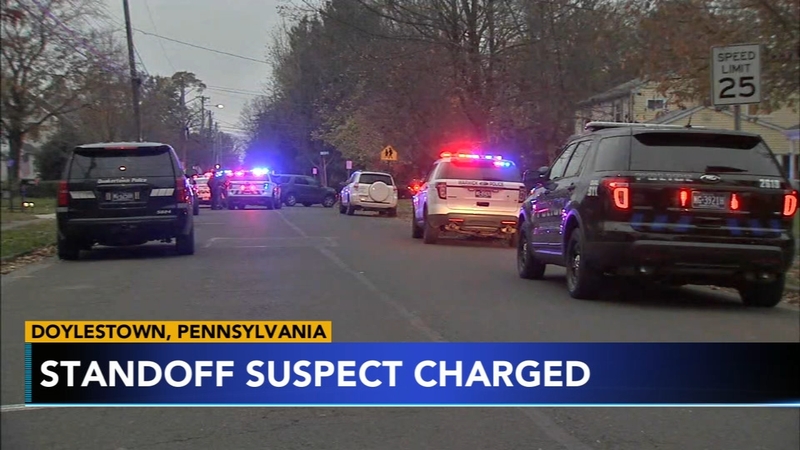 DOYLESTOWN, Pennsylvania (WPVI) -- Police said a 21-year-old is facing multiple charges after shots were fired inside a Doylestown, Pennsylvania home on Thursday night.

Christopher Dalrymple is charged with discharging a firearm, reckless endangerment and other charges after he fired a gun inside a home on Belmont Square around 4:30 p.m., police said.

When officers arrived, several more shots were fired from inside and a two-hour standoff began. Police said Dalrymple was also seen pointing a long gun out of a second floor window.

"I just pulled up the street and saw all these cops there and I saw a neighbor. He said that he heard three or four shots fired. And then I called another neighbor and he said the guy is holed up in the house and it's surrounded by SWAT," one resident told Action News on Thursday.

Residents were told to shelter in place but the order was lifted a few hours later.