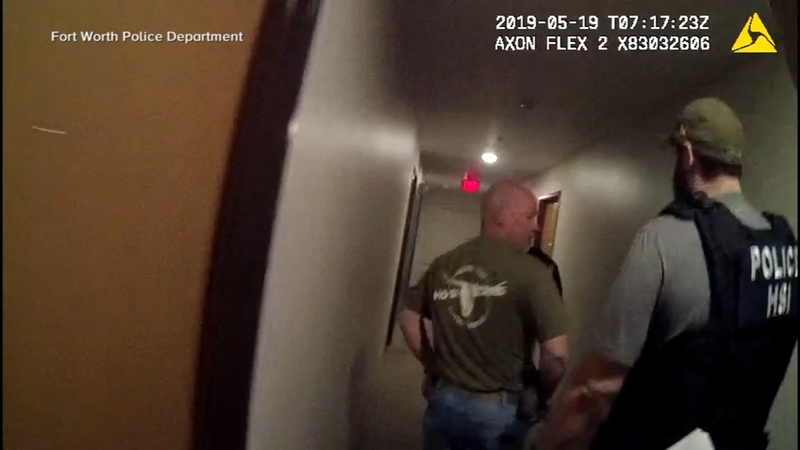 FORT WORTH, Texas (WPVI) -- Dramatic video obtained by Good Morning America shows the moment police were able to rescue a little girl and bring her to safety after she was kidnapped in Fort Worth, Texas.

The 8-year-old was abducted in May by a man in a Fort Worth neighborhood in broad daylight while she was on a walk with her mother.

Hours later, acting on a tip, police searched a hotel room, but couldn't find the child.


Two hours later, another tip came in saying a car in the hotel parking lot matched the description of the suspect's vehicle.

They broke down the door, took the suspect, Michael Webb, into custody and discovered the child hiding in a laundry basket.

The child told investigators she had been afraid to speak when police first entered the hotel room because the suspect had threatened her family if she tried to escape.

Webb was sentenced Thursday to life in prison for kidnapping the girl during a two-day trial in September.
EMBED More News Videos