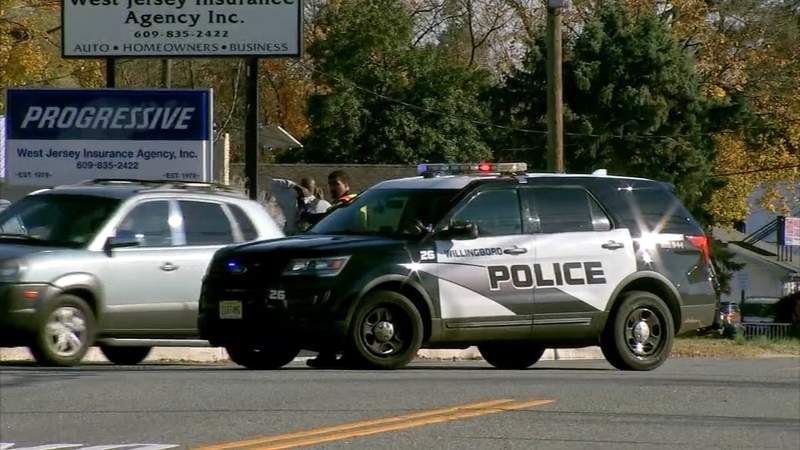 WILLINGBORO, N.J. (WPVI) -- Police in Burlington County are trying to track down the driver accused of hitting a man and then leaving the scene.

Willingboro police were back on the scene Thursday morning looking for any clues to help investigators track down the car involved in a hit-and-run that happened around 8 p.m. Wednesday.

Chopper 6 was over the scene along Route 130 and Charleston Road in Willingboro. One resident says his neighbor witnessed the incident.

"She said that they were driving on 130 and this car hit this gentleman and threw him about 20 feet away," said Charles Odoom.

Police have not identified the victim but tell us the man was walking along the busy highway when he was hit.

"Unfortunately, when we came upon him, he was already unconscious so we were unable to speak with him to see if he could give us any information, so we are just hoping for him to make a recovery first and foremost," said Capt. Aaron Hawkins.

Those working and living near intersection admit this is a dangerous stretch of highway, but are outraged that a driver would hit someone and just keep going.

"I was shocked. At least he should pull over and find out what happened unless the person who did that was drunk or on something and tried to get away," said Odoom. "Other than that, I don't know."

At this point, detectives don't have a make and model of the vehicle and say no witnesses have come forward.

As police work to track down the driver responsible, all thoughts are with the victim still recovering in the hospital.

"This was serious but miraculously he was still alive and we are hoping it stays that way," said Hawkins.