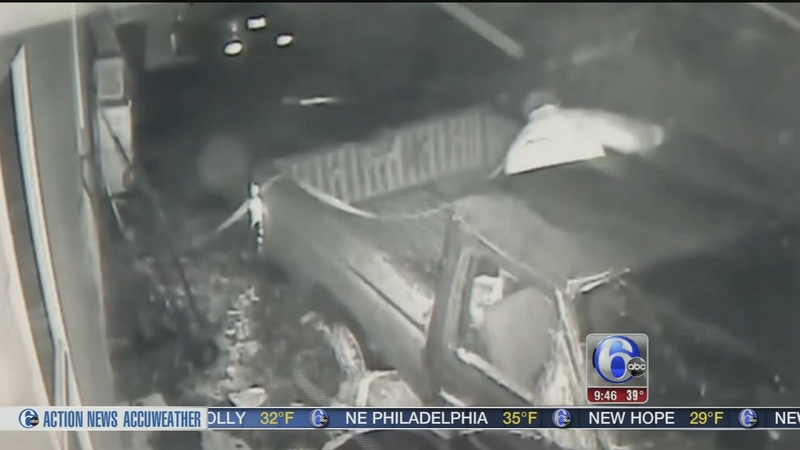 A Washington state man assumed Santa had come early after hearing a loud boom outside of his house.

It was a crash landing after surveillance cameras captured a pickup truck tumbling down a hillside and then landing right-side up, about 5 feet from the side of a house.

The house was virtually unscathed in the crash.

The only sign was a small tire mark on the wall.

Homeowner Lance Anderson said, "This is a spare bedroom. No one wants to say here anymore. Everyone who say that video was like, I'm not sleeping in there."

After the crash, you can see a stunned driver climbing out the back window, and then stumbling into the night.

This is not the first time a driver has drove off an embankment, but Anderson says he hopes it's the last time.