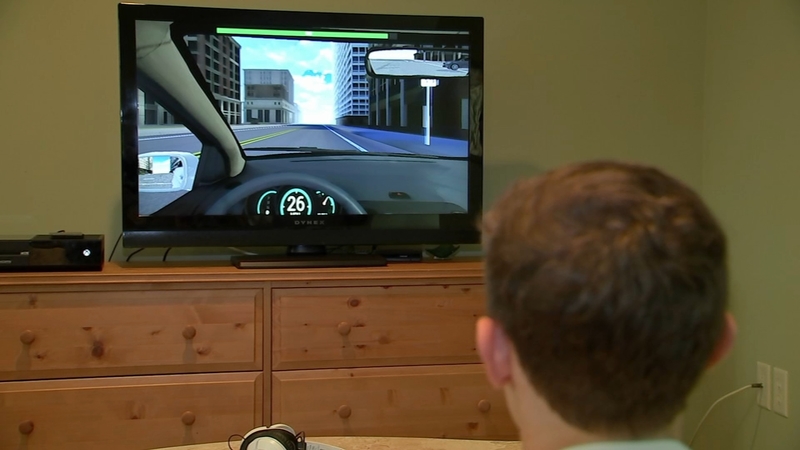 The facts are sobering. According to AAA, over the last five years nearly 3,500 people have been killed in crashes involving teen drivers.

The time between Memorial Day and Labor Day is a period known as the "100 deadliest days" for drivers.

Those figures are not lost on 15-year-old Jack Stevens as he sits on his couch with an Xbox controller in hand.

He's fixed on the screen at the simulated steering wheel in front of him.

While the look and feel may resemble a game, it's actually not. It's a driving simulator called Driving Essentials XE.

It's a chance for teen drivers with some or no experience to get a feel for driving in the real world.

"You drive off the road, you pretty much have to restart," he explained. "It's fun, I enjoy doing it but I don't think of it as playing a game, I think of it as teaching myself how to drive," he added.

The lesson covers everything from distracted driving, sharing the roadway, and driving in severe weather.

Creating a real world experience is just what Bob Davis, the founder and CEO of the company that developed the simulator says has always been their mission.

"We wanted to make it a really quality training experience," Davis said.

The company, Virtual Driver Interactive, spent a year and half transitioning their existing simulator tutorials for home use on the Xbox console, and soon for the PS4.

Davis says one of the best things about their software is the ability to put teen drivers in dangerous scenarios without subjecting them to actual danger on the road.

"Isn't that ironic what we want to train them on are dangerous situations and that's the one thing you can't do," Davis said.

Of course, he says the simulator isn't meant to substitute actual driving experience but serve as a supplement.

Also, the lessons the simulator uses aren't just good for drivers about to get their permits, but those that already have them.

For parents, like Jack's mother, the $39 investment has been well worth it.