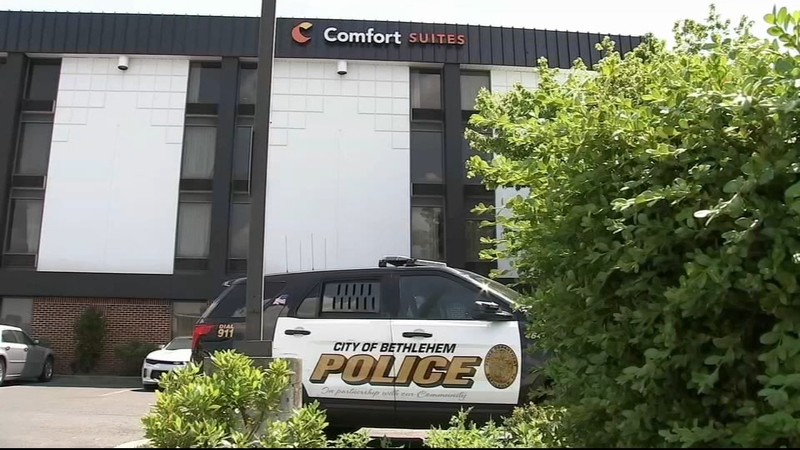 BETHLEHEM, Pennsylvania (WPVI) -- The discovery of three bodies at a Comfort Suites in Bethlehem, Pennsylvania is now the center of a drug investigation.

Investigators said they arrived at the hotel just after 10:30 a.m. to follow up on a welfare check.

What police found were the bodies of two men and a woman on the second floor.

A relative reportedly stumbled into the room where the bodies were found. From there, investigators made the call the deaths were likely drug-related.

"If it does involve drugs, it'll be how they got it, who they got it from and things of that nature. This investigation is in its early stages," Houck said.

Police said they are still notifying family members, but said a woman in either her late 20s or early 30s and two men in their 40s were the ones found inside the room.

Authorities said the hazmat crews were called to the scene as a precaution and there is no danger to the public or hotel.