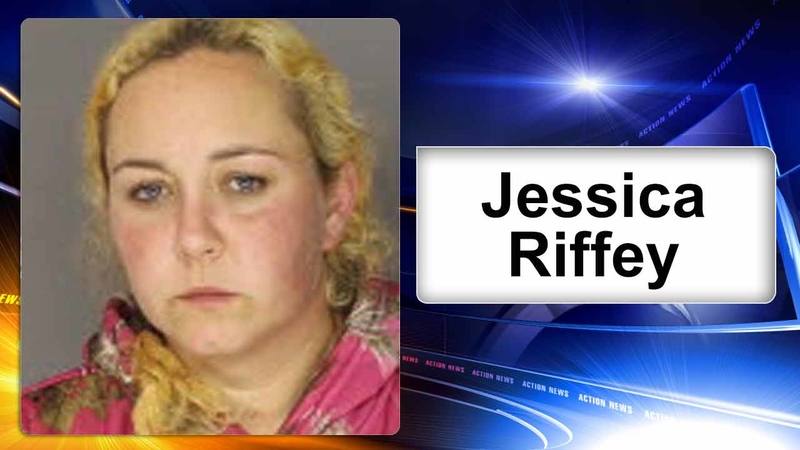 WEST CHESTER, Pa. (WPVI) -- A Chester County mother is behind bars, charged with injecting two teenagers, including her own 14-year-old daughter, with heroin.

Jessica Lynn Riffey, 34, of Telegraph Road in Honey Brook, is charged with endangering the welfare of children, corruption of minors, drug delivery, and related offenses.

The teens told police that Riffey supplied them with heroin and had injected them with the drug on several occasions at her home in September.

Chester County District Attorney Tom Hogan explains, "For both of these children, the defendant would actually tie off their arms so that the veins would pop out, and then she could inject them with the heroin."

A neighbor tells Action News that the situation in the home had spiraled out of control in the last year, beginning with the now 14-year-old having access to alcohol and marijuana.

That neighbor said Riffey had worked as a manager at a local restaurant. She now faces drug and corruption of minors charges and is behind bars in lieu of $50,000 bail.

Prosecutors said Riffey's boyfriend, Jameson Burn, has been charged in a separate complaint with drug dealing and other offenses.

As to why a mother would do what's alleged, Hogan says he doesn't know

He says, "In law enforcement we get to see a lot of bad things. But this this level of depravity really makes you begin to lose faith in humankind. A mother is supposed to take care of her child."

As for that child, the neighbor says she is now with her biological father.

Hogan says, "The 14-year-old is still going to have a rough road. She obviously will have to go through detox. She is with a family member, and we are hopeful that she can turn her life around."