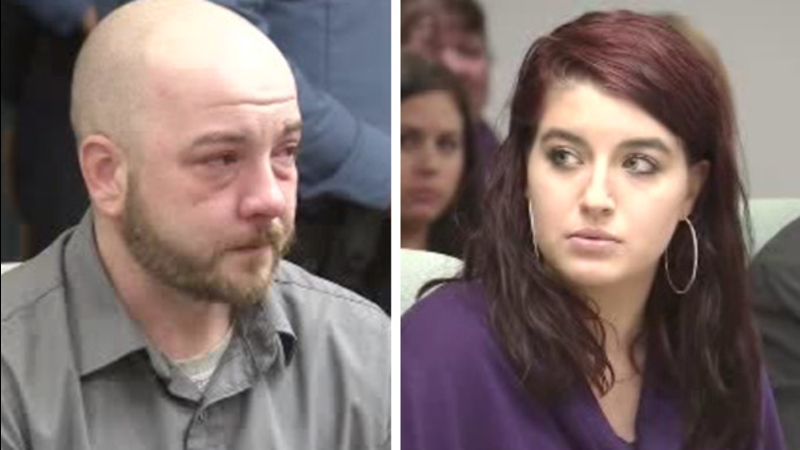 CAPE MAY COURT HOUSE, N.J. (WPVI) -- It was an emotional day in a New Jersey courtroom Friday as a driver was sentenced to 18 years in prison for killing two teen cousins.

Joshua Malmgren admitted he was driving drunk and texting when he hit 15-year-old Naomi Lazicki and 13-year-old Ashley Dauber as the teens walked along a Middle Township road in 2012.

He pleaded guilty to guilty to aggravated manslaughter charges back in September.

Prosecutors said that Malmgren drove to a liquor store to buy beer and Sambuca three times that day. He had a blood-alcohol level of 0.18, or more than twice the state's legal limit.

Two of Malmgren's friends noticed he was intoxicated that night and offered him a ride home, but he refused.

"I am a monster. I am so lost," Malmgren said after expressing his remorse.

Photos of the victims were shown at the sentencing as Malmgren and the victims' families shed tears.

Malmgren sobbed as she delivered her message.

"I would just like to say, Josh, that I forgive you. Not because you deserve it, but because I deserve peace," she said.

The judge sentenced Malmgren, who is 33, to two consecutive 9-year terms - one for each victim.

Lazicki's 14-year-old sister was walking with them but was able to get out of the way of the vehicle.