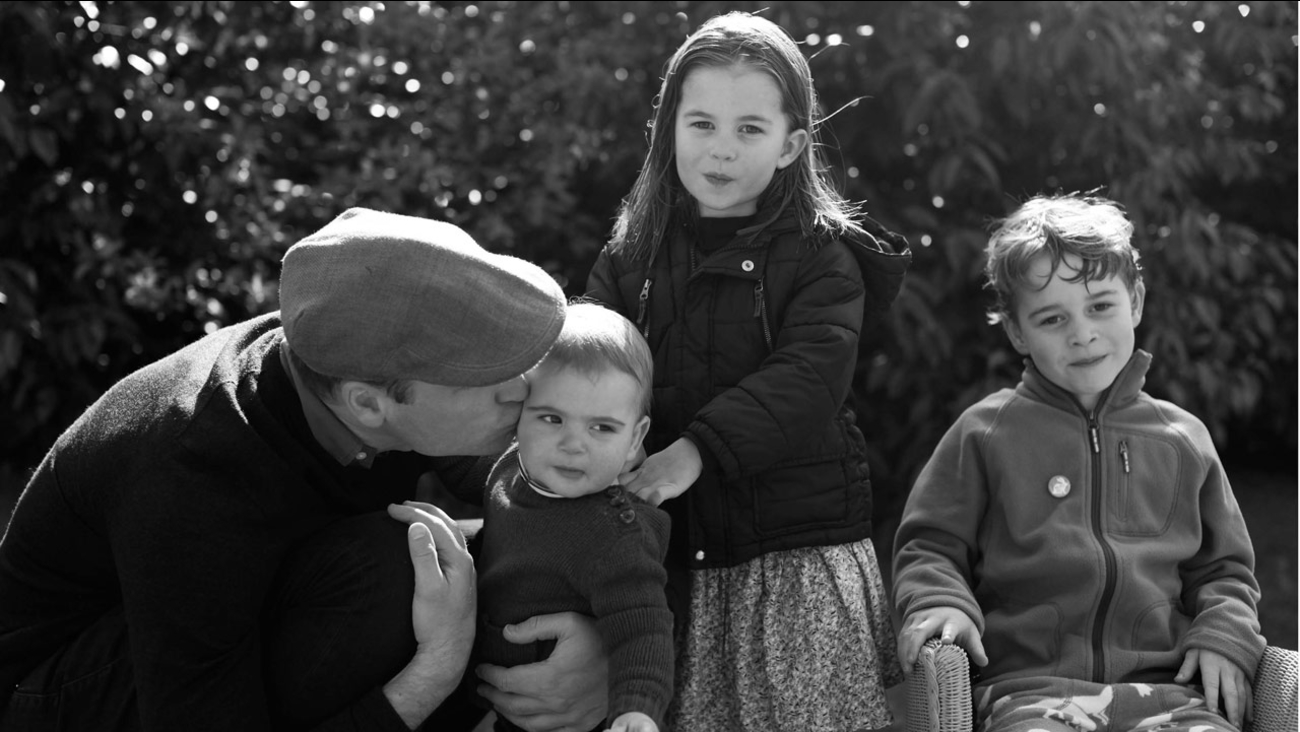 The Cambridges have celebrated Christmas by releasing a new family photograph. (The Duchess of Cambridge/AP)

Britain's Duke and Duchess of Cambridge have released an adorable new family photograph for Christmas.

The black and white photograph shows Prince William in a flat cap, holding his youngest son, one-year-old Prince Louis, close and giving him a kiss on the cheek.

The royals posted the photograph -- taken by Kate in Norfolk earlier this year -- on their official Twitter account Wednesday with the caption: "Merry Christmas to all our followers!"

🎄 Merry Christmas to all our followers!

This photograph of The Duke of Cambridge, Prince George, Princess Charlotte and Prince Louis was taken by The Duchess of Cambridge in Norfolk earlier this year. pic.twitter.com/40j3Xg36Q4

It also shows a smiling Prince George, 6, sitting in a chair next to his dad and brother, while his sister, four-year-old Princess Charlotte stands behind.

The Cambridge's two eldest children were expected to attend the royal's annual Christmas day church service at Sandringham for the first time on Wednesday.

This is not the first time Kate has shared her own family photographs with the world.

Previously Kensington Palace has distributed several photographs taken by the duchess to mark key milestones in the children's lives, such as birthday and first days at school.

Just sharing the sweetest Christmas Card from our President and Vice-President, The Duke and Duchess of Sussex. Very Merry Christmas, everyone! pic.twitter.com/McOcHALoGl