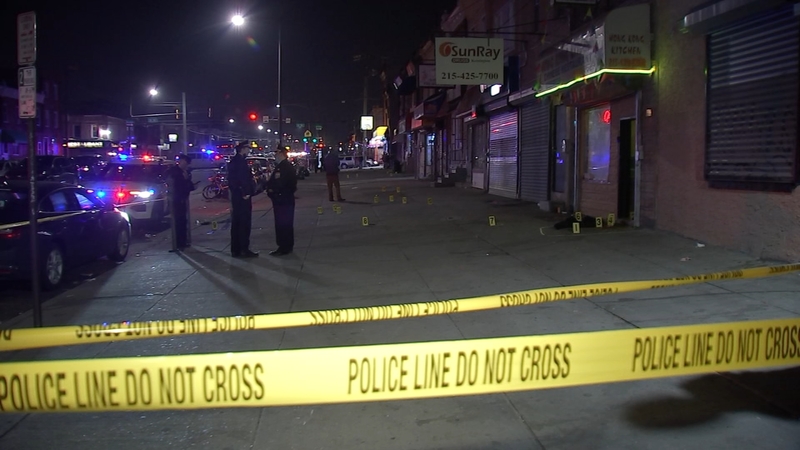 3 injured after gunman fires into crowd in Kensington, police say

PHILADELPHIA (WPVI) -- Philadelphia police are investigating after a gunman opened fire into a crowd of people, injuring three men in the city's Kensington section on Wednesday night.

According to Chief Inspector Scott Small, video shows a gunman walk up and fire into a crowd of people outside of a business.

"You can clearly see a male firing multiple shots into a crowd of about 15 people that was standing in front of a takeout restaurant," said Small.

A 23-year-old man was shot multiple times and is listed in critical condition at an area hospital.

A 39-year-old man and a 42-year-old man were also injured in the shooting. Both victims suffered non-life-threatening injuries.

According to Small, video also shows a second shooter firing at the first gunman.

Police were able to locate the first suspect, a 37-year-old man who is now in police custody. He was also injured in the shooting.

Small says the suspect was likely shot by the second shooter who remains at large at this time.

Roughly 22 shots were fired about a block away from the busy hub at Kensington and Allegheny.