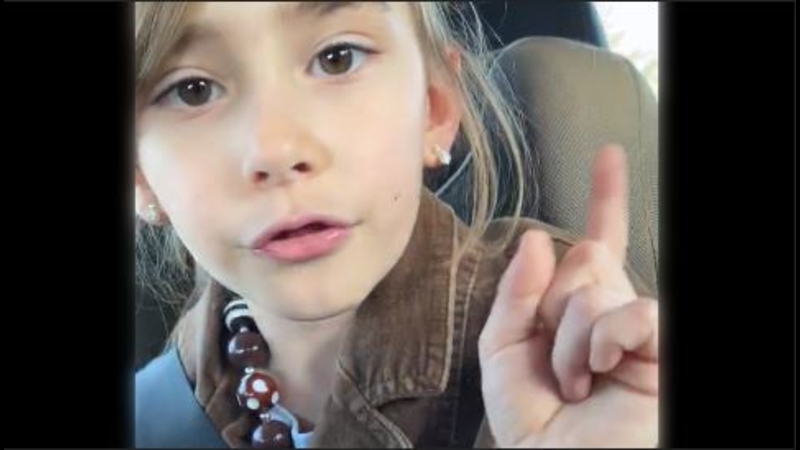 ATLANTA, Georgia (WPVI) -- A frustrated 7-year-old Eagles fan has had enough of seeing her favorite team lose this season. After losing to the Miami Dolphins on Sunday, Jenny, visibly upset, offers some simple suggestions on how the Eagles can start winning again.

"And today I'm going to be talking about football and Philadelphia Eagles. They are stinking this season! Not like a couple years ago. They're dropping balls, they're catching the balls and then they're dropping them, they're not making so much touchdowns and also they need to fix that."

The first-grader lives in the Atlanta, Georgia area with her Eagles-loving family who moved from New Jersey 13 years ago.

She and her family watch the Eagles games every weekend at a restaurant in Georgia with other transplant Eagles fans in a place called "Smyrnadelphia."

Jenny is adamant everyone in the restaurant sings the fight song with every touchdown. As well as sing, she also lets out an occasional "boo."

And if the crowd needs to be pumped up, she runs victory laps around the restaurant.

Sonia captured the video of her daughter on the ride home from the restaurant when she asked Jenny what she thought of the game.

Not captured on camera, Jenny also said she still loves her Eagles, will never give up and will continue to cheer a little harder and louder next game.