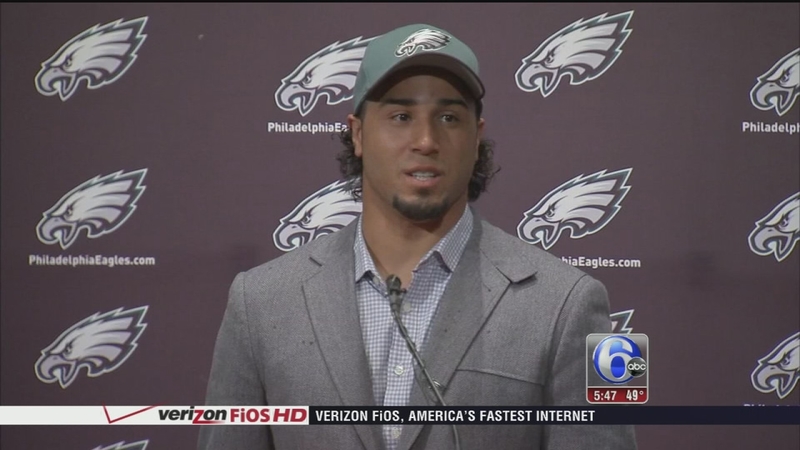 PHILADELPHIA (WPVI) -- The Philadelphia Eagles have agreed to terms on a three-year contract with running back Ryan Mathews.

Originally a first-round draft selection of San Diego in the 2010 NFL Draft, Mathews appeared in 60 games for the Chargers, totaling 4,061 yards and 23 touchdowns on 923 carries. He has also recorded 1,110 yards and one touchdown on 146 receptions during his five-year career.

While battling injuries, Mathews started six games for the Chargers in 2014, averaging 4.5 yards-per-carry on 74 carries. He appeared in all 16 games during the 2013 season, rushing for a career-best 1,255 yards.

The signing took place on the same day running back DeMarco Murrayagreed to a 5 year deal reportedly worth $42 million with the Eagles.