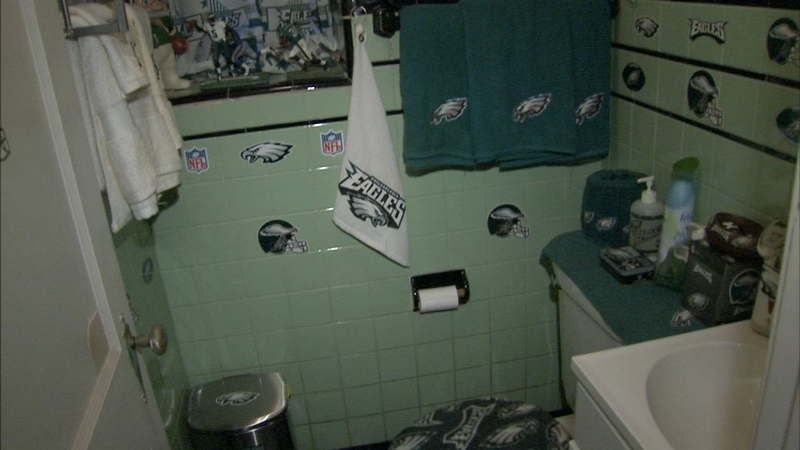 A passionate eagles fan is anything but rare, but step into Stephen Lee's home and it's clear this super fan takes his love for the birds to an impressive level.

Take a walk down to the basement and you'll step into a sea of green.

"When I was a police officer, we would detail a lot of the games," said Lee.

Ever the eternal Eagles optimist, Lee said despite Carson Wentz's season ending injuries he believes in his birds.

Aside from a Super Bowl win, there is one other thing Lee wants bragging rights to.

He would really like to get his hands on a game ball signed by all of the Eagles' players.