Eagles camp is expected to intensify on Friday as Doug Pederson is planning on holding his first live tackling to the ground session.

PHILADELPHIA (WPVI) -- Carson Wentz and the Philadelphia Eagles put the pads and helmets back on for Thursday morning's 90-minute training camp practice.

Eagles camp is expected to intensify on Friday as Doug Pederson is planning on holding his first live tackling to the ground session.

Of course, Wentz and the quarterbacks are not to be touched as they'll be in red jerseys.

Speaking of Wentz and the QBs, Nate Sudfeld is the #2 QB on the depth chart behind Wentz, not rookie Jalen Hurts at this time.

While Hurts, who was was selected in the second round has a bright future, Sudfeld has a much better grasp of the offense as he has spent years in the system. Not to mention Hurts missed out on a traditional rookie camp and offseason program

"Jalen is still learning. Jalen, he's done some really good things for us. Again, like I mentioned, he's learning our system, and he's another one, one of our young players that's learning the game a little bit. He's got some athleticism. We've seen that in practice. But Nate has done a nice job for us, and Nate has come in and really done everything we've asked him to do from a backup position and really just moved the team and moved -- when he's in there, executing the offense, and that's where he's at.

We still have to put Nate in game-like situations, too, because again, he's one that needs that as a quarterback. We need that. And then we also need to put Jalen in those situations. Every position is being evaluated, obviously, but to answer your question, Nate is right now our No. 2.," Doug Pederson says about the backup situation.

Hurts considers himself a true QB, not a gadget player to come in for trick plays which could still be an option just to get his talent on the field.

Pederson clearly sees Hurts' talents so far in camp, "I think the way he's picked up our offense and handled the situations that we've put him in practice, he's done a nice job there. He's still got some learning to do, obviously, but nothing is too big for Jalen. He's obviously played in some big-time games in college. He's been in a number of offenses in his career, whether it's been at Oklahoma, Alabama, places that he's been. And he's done a nice job just understanding, and now it's a matter of just detailing that work and applying it to what he sees defensively when he gets an opportunity. Obviously, the skill set is there. You can see him with his legs, obviously the ability to escape the pocket, things he did in college, and throws a good ball and all those things. Those are things we've just got to continue to keep working with him on as he grows as a quarterback in our offense."

While we're on the topic of rookies, first-rounder Jalen Rager continues to stand out in camp with his explosiveness. He's making all the catches as he is spinning and alluding the defense in practice again Thursday.

Eagles safety Jalen Mills is among those who say Reagor is catching his eye.

Pederson is also taking notice as the TCU wideout who they picked 21st overall turns heads.

"Jalen has a skill set that is very similar with speed, athleticism, size and strength. He's got, as Carson alluded to with the vertical ability and things that Julio can do, but by no means is Jalen there yet. He's got a lot to learn with the offense, with the game itself, just learning how to be a pro," said Pederson. "But obviously being mentioned in that breath is a compliment, and it's something that Jalen can strive for, and it's a pretty good goal."

Lots of promise from the Eagles rookie class so far, but it's still early and the games are still a month away. 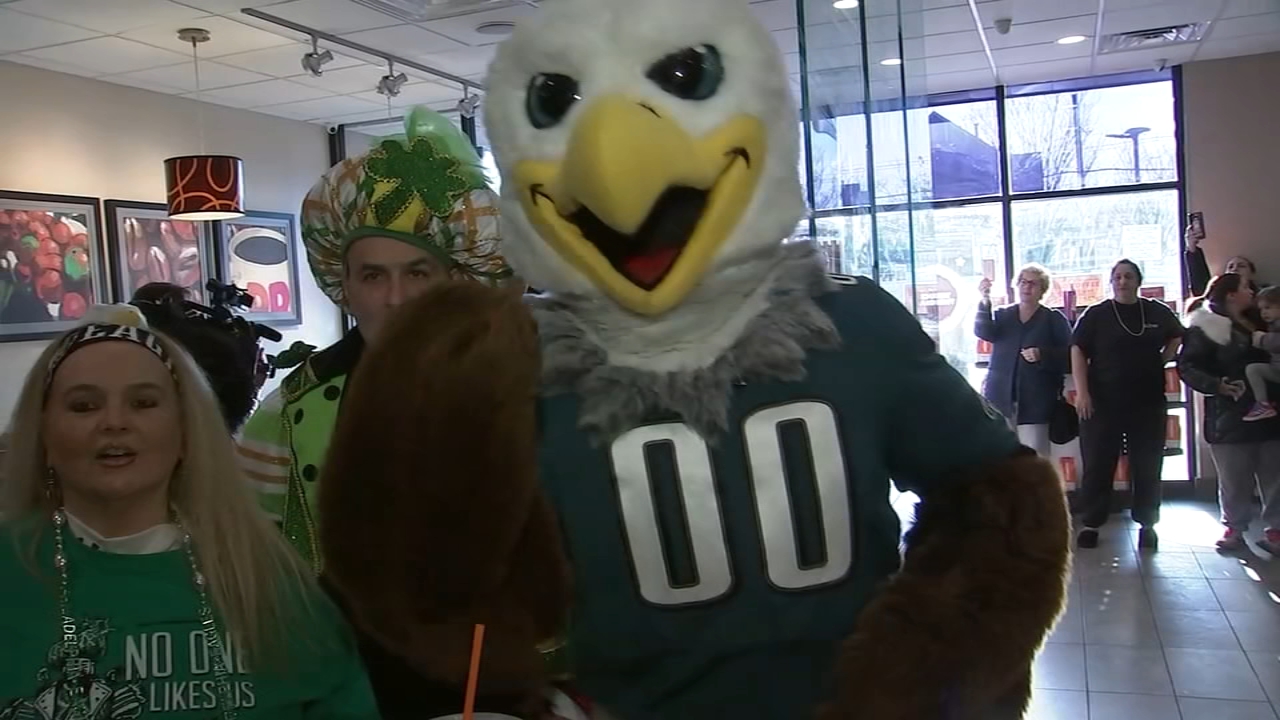