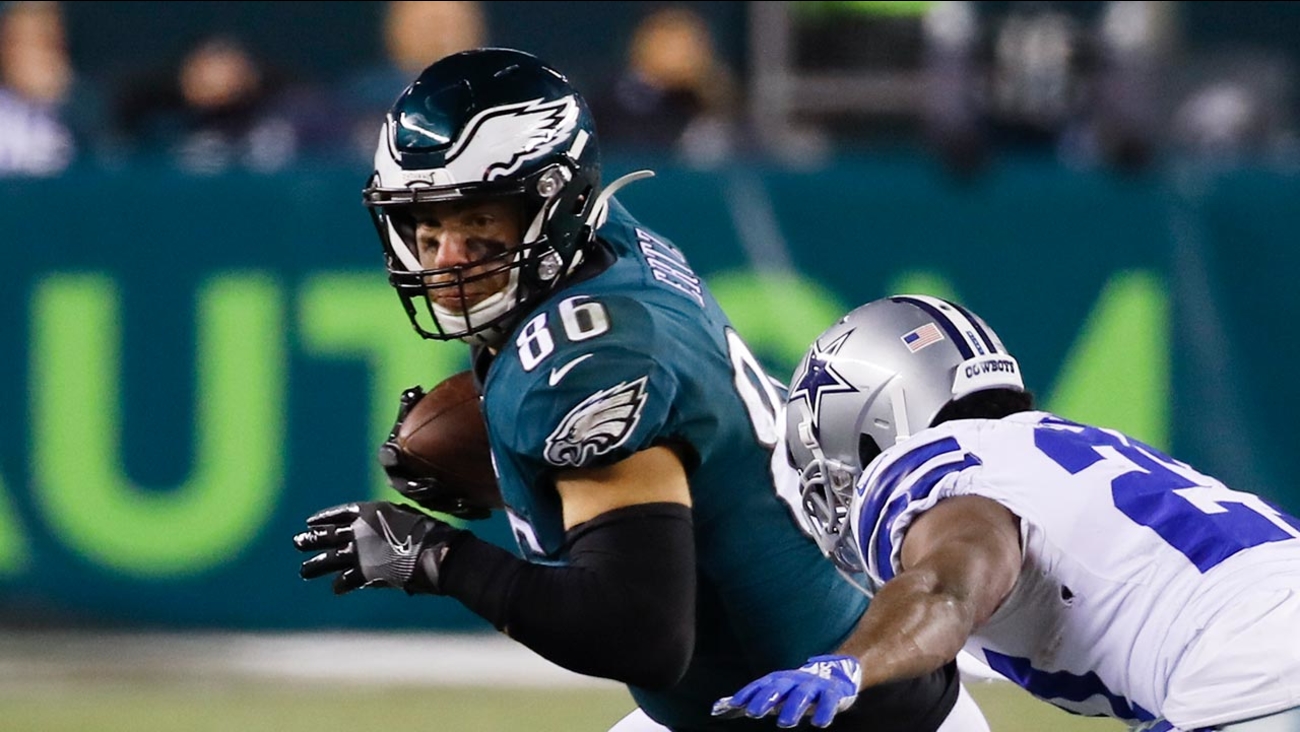 PHILADELPHIA (WPVI) -- The injuries to Philadelphia Eagles tight end Zach Ertz during last week's victory against the Dallas Cowboys were more serious than previously known, according to a report.

Ian Rapoport of the NFL Network reports that Ertz not only suffered a cracked rib, but he cites sources saying Ertz also suffered a lacerated kidney.

That injury sent him to the hospital, Rapoport's sources said.

The #Eagles won’t have TE Zach Ertz today, but he has not been ruled out for next week if Philly advances. Ertz is not only dealing with a cracked rib, but sources say he suffered a lacerated kidney that had him in the hospital after the game. That explains the caution this week.

Ertz was injured when he took a hit from safety Xavier Woods in the first quarter against the Dallas Cowboys last week.

Ertz left for the locker room a short time later, but he returned to finish the game and ended with four catches for 28 yards.