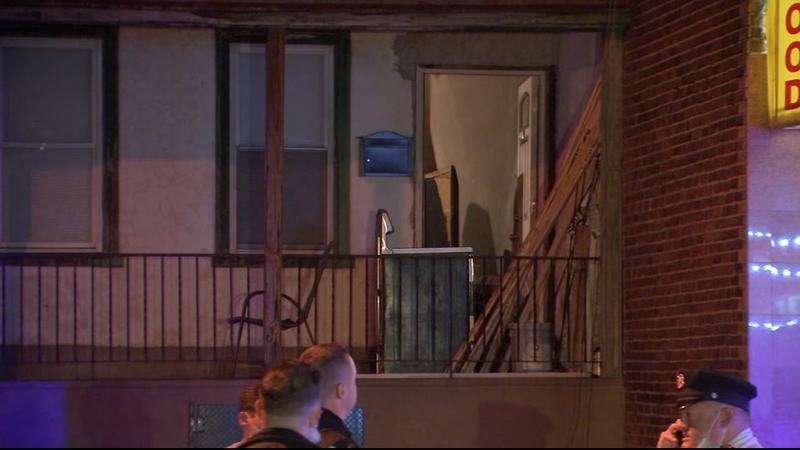 PHILADELPHIA (WPVI) -- Philadelphia police are investigating a double stabbing and the discovery of a body inside a home on Saturday night in the city's East Germantown section.

According to police, a 20-year-old man told officers he was stabbed by his 25-year-old brother who was still inside the home. The victim was transported to an area hospital in stable condition.

The suspect is also accused of stabbing a 20-year-old man who is currently listed in extremely critical condition at an area hospital. Police have not said if the suspect knew this victim.

Officers responded to the home on East Chelten Avenue where police say the suspect was found armed with a knife. He was arrested after a brief standoff with officers.

While inside the home, police found the suspect's grandmother dead. It's still unclear how the woman died. Police say there were no signs of visible trauma.

The suspect has not been identified at this time. Police are investigating what sparked the attack.