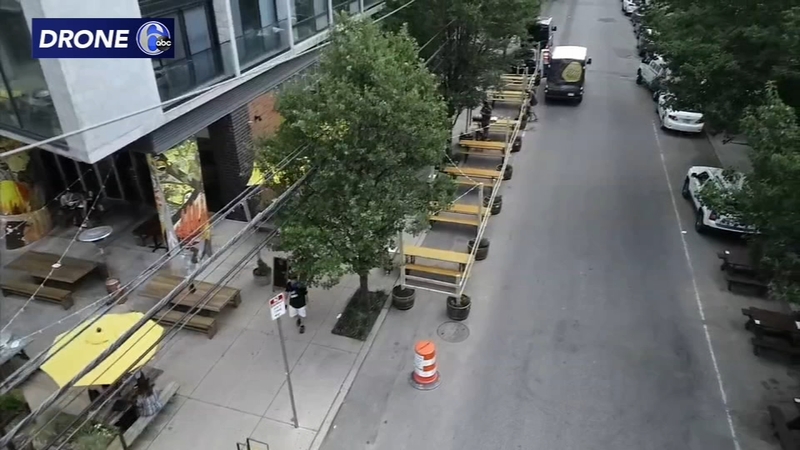 East Passyunk and Northern Liberties now say they are postponing their plans for a number of reasons.

East Passyunk's Open on the Ave was supposed to run today through Sunday.

It would have closed down a five-block strip to traffic so that almost 30 restaurants and shops could extend their outdoor dining and service space.

In a press release they wrote: "Given a number of outside circumstances, we decided to postpone Open on the Avenue. We plan to share a new date very soon."

This would have allowed roughly 20 restaurants to extend their seating capacity into the street. But that also has been canceled.

Their press release says the city's Office of Transportation Infrastructure and Sustainability asked them to postpone it.

They cited the weather as well as the fact that they need more time to coordinate to address what they call "concerns over public health and safety."

Restaurants across the city look to survive pandemic

Even though other major cities and surrounding suburbs have been successfully implementing this, critics felt these closures would lead to more crowds.