2 students in NJ kept home due to Ebola fears 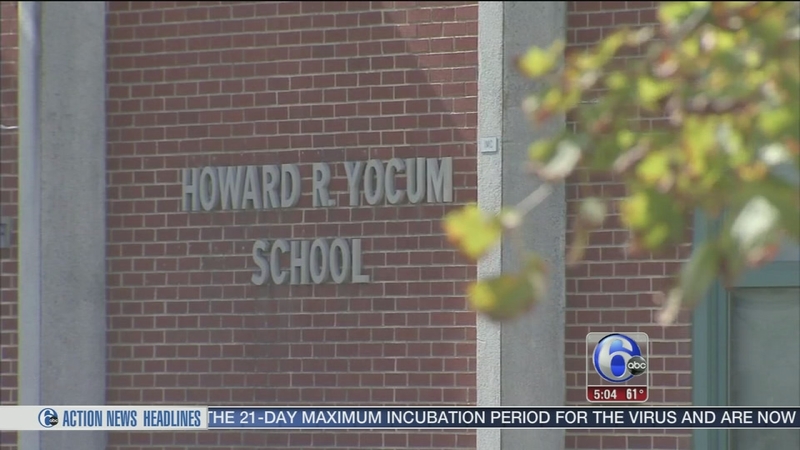 VIDEO: 2 students in NJ kept home due to Ebola fears

MAPLE SHADE, N.J. (WPVI) -- Warranted or not, fear of Ebola appears to be the reason a South Jersey school decided to delay the arrival of two students who lived in Africa.

Two students are being kept home, instead of joining classmates. They were scheduled to start school at Howard Yocum Elementary School.

A message on the district's website from the superintendent says, despite the fact the students are symptom-free and not from an affected area, the parents have elected to keep their children home past the 21 day waiting period.

The students are said to be from Rwanda, which is almost 3,000 miles from countries in west Africa battling the Ebola outbreak.

To put that in perspective, that's almost the same distance from Philadelphia to Seattle.

Officials haven't said who made the decision - the school or the parents.

Some think it's the right decision, while others say it's wrong.

Tiffany Diniglio, whose son goes to Yocum, tells us, "I think it's a good idea just in case if anything happens everyone's safe."

Another parent, Danielle Carcanague, says, "I mean, this family is not from the part of Africa affected and I feel bad. These are kids. We want to welcome them."

But health experts say some decisions like this one are being made out of fear.

Another decision Besser says was made out of fear, not facts, was the situation surrounding a passenger aboard Carnival Magic who had handled a lab specimen from Ebola victim Thomas Duncan.

She had no symptoms but was quarantined. Her evacuation from Belize was not allowed and the ship was denied to dock in Cozumel, Mexico.

Besser says, "This is a person who is very low risk. And when you take these kind of aggressive actions where it's not warranted, rather than reassuring people it promotes fear."