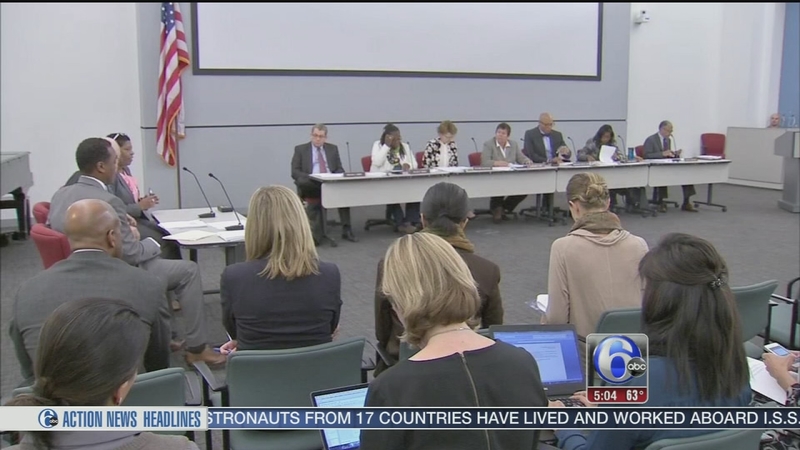 PHILADELPHIA (WPVI) -- For more than 200,000 Philadelphia school children there will apparently be no disruption of classes and activities through the end of 2015.

The School Reform Commission has opened a $250,000 credit line to carry the district through until the 120-day budget stalemate in Harrisburg is over.

With school district coffers here and across the state running near empty, the Philadelphia Schools Superintendent William Hite says they'll have to borrow from the banks with interest.

"We're going to spend another $2.5-million that we don't have on interest rates to borrow this money. They're probably 70 to 80 districts across the commonwealth who are also having to do the same," Hite said.

But critics of the general assembly and the school district brass say there's plenty of blame to go around.

"The administration and the SRC have moved this district into the corporate world in many ways - privatization, outsourcing, referring to parents as customers," activist Lisa Haver said. "All the people responsible for this debacle should do the decent thing and resign that includes Dr. Hite and his administration."

"There are so many ways you can save money. You can eliminate hiring outside law firms," activist Karel Kilimnik said.

Now in his fourth year at the helm, Dr. Hite has developed a thick skin.

"We're a $2.6-billion enterprise. These things have to be approved by multiple individuals and we don't have that type of counsel on staff," Hite said.