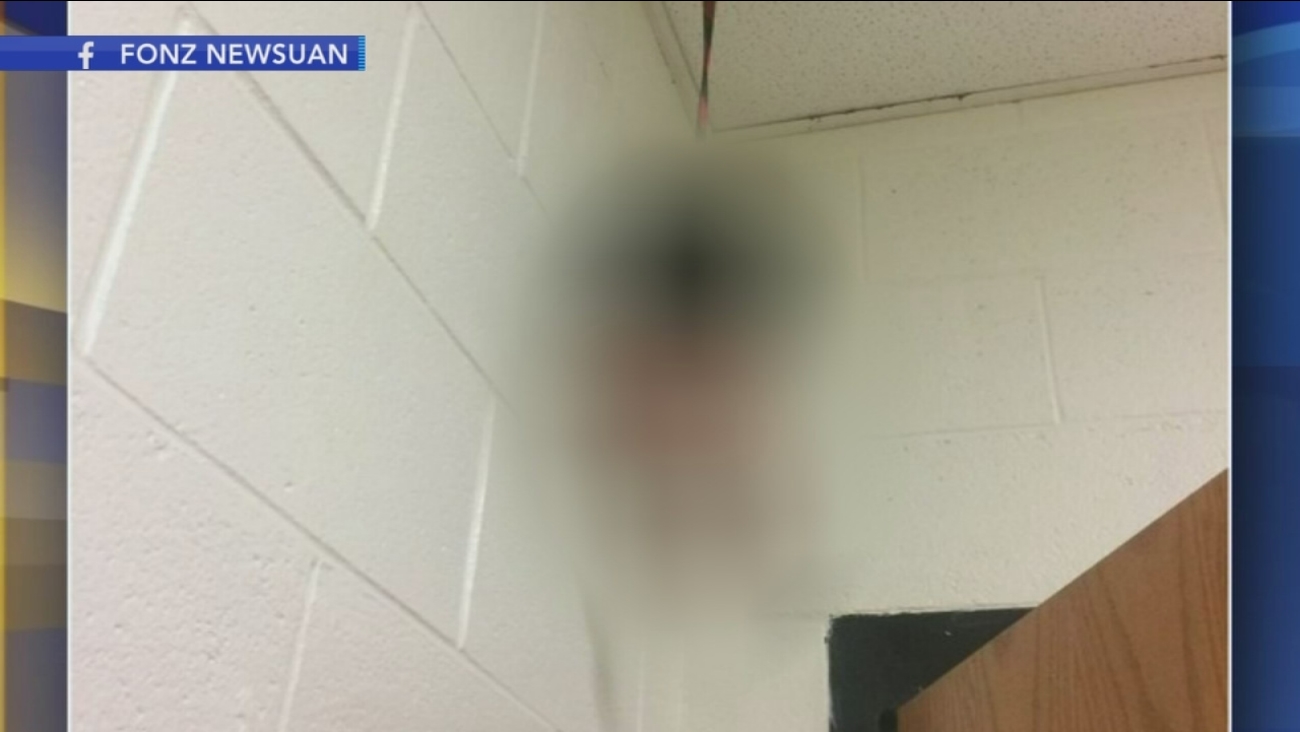 COATESVILLE, Pa. (WPVI) -- Administrators in the Coatesville Area School District say an incident involving a hanging doll was "racially insensitive," but was not a hate crime.

This comes after a dark-skinned baby doll was found hanging by a tie inside a locker room at the high school.

The school district said in a letter to the community that despite appearances, the tie was not fashioned into a noose, but rather the doll was tied up around both the neck and arm.

The photo does not show what kind of knot was used.

Officials said this began back in September when members of the cross country team found the doll inside a trash can. They began tossing it around, calling it their "mascot" or "team angel," but a coach took it away and put it back in the trash can.

However, administrators say, team members recovered the doll and hid it in an open ceiling tile in their locker room.

It was there for several weeks before it was tied up and smeared with toothpaste.

In the statement, the school district said the team members told administrators this was a prank, and the intention was not to cause racial intimidation.

"This incident is offensive, insensitive and not reflective of the kind of behavior we expect or will tolerate from our students," the statement attributed to Superintendent Cathy Taschner read.

The district said it would meet with team members and their parents to discuss the issue, as well as any disciplinary action.