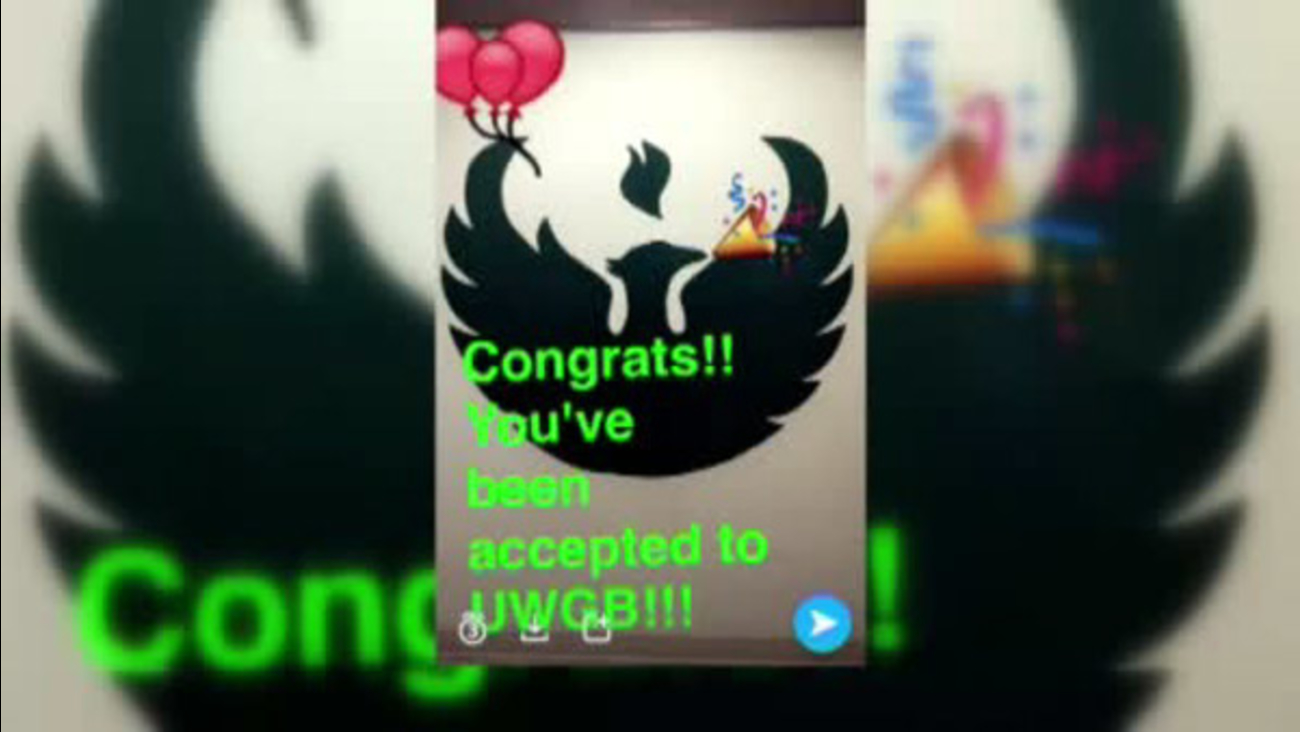 Thousands of high school students are eagerly checking the mailbox every day looking for those college acceptance letters.

Starting today, UW-Green Bay is admitting students for Fall 2017! Congrats to those who are already #accepteduwgb.

But students who applied to the University of Wisconsin at Green Bay may learn in a Snap - a message sent via the social media site Snapchat.

The school's admission team says students will still receive the traditional packets in the mail.

But, they've added the Snaps for those who use Snapchat, so they can learn about their acceptance much sooner!

The school says many of the admitted students have already responded with excited selfies.

The feelings are mutual! UW-Green Bay Admissions is thankful for all of our wonderful admitted students. #accepteduwgb #gbthanks pic.twitter.com/PG4p87sZ2z