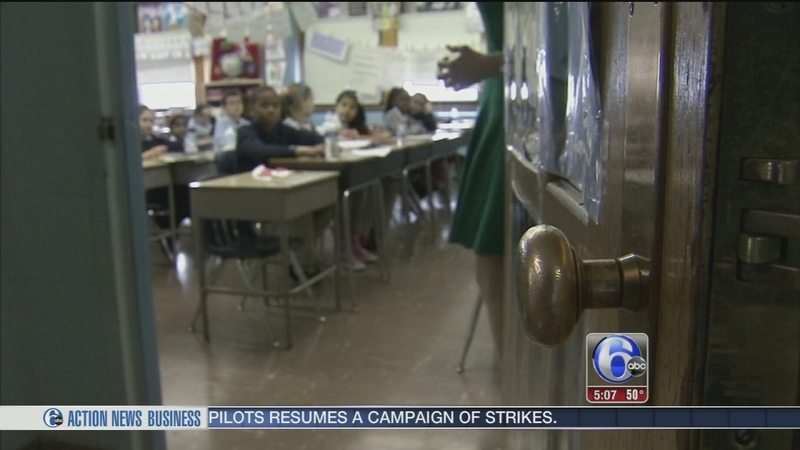 PHILADELPHIA (WPVI) -- Negotiations continue over a contract for teachers in the city of Philadelphia.

They have been working without a deal for three years.

The district has offered a $100-million agreement, but the head of the teachers union says it's not enough.

Jerry Jordan, President of the Philadelphia Federation of Teachers, says after three years without a contract - even longer without a raise - his members deserve better than the district's latest contract offer and he won't put it to a vote.

"Because it's disrespectful of the years of sacrifice that our members have gone. It will be five years, January 1st, without a salary increase," Jordan said.

Under the district's proposal, teachers at the top of the pay scale - making around $67,000 a year - would see small pay increases over the next four years - just a half percent in the final two years of the four-year contract.

Newer teachers would also get annual raises between 5% and 8%, but no retroactive pay - for the last few years when they saw no salary increases.

"We're not going to be able to attract or retain teachers unless we show at least the very minimum of respect of paying them," Jordan said.

City councilperson Helen Gym agrees the district can and should offer the teachers more.

"There has been four years without salary raises for teachers. The district has a significant surplus in the bank as a result," Gym said.

But Superintendent William Hite says there is simply not more to give without taking something away somewhere else.

"In year 5 of our five-year plan, we're already facing a $500-million revenue shortfall and so we have to begin planning right now to create additional revenue to take care of that deficit or we're going to have to do some of the drastic things we've done in the past," Hite said.

The union also wants incentives for teachers who get post-graduate degrees, something it says is offered to teachers in the suburbs.
The district wants teachers to start paying for health benefits and work rules allowing principals to hire based on merit not seniority.
This is by no means the end. The union has already submitted a counteroffer and the two sides continue to negotiate.
Related topics:
educationphilly newsteacher
Copyright © 2021 WPVI-TV. All Rights Reserved.
More Videos
From CNN Newsource affiliates
TOP STORIES